L.A. calls for water use reductions amid drought 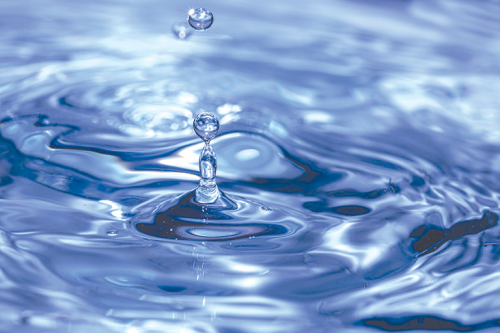 Los Angeles Mayor Eric Garcetti announced on May 10 that the Los Angeles Department of Water and Power is moving to phase three of its emergency water conservation plan, which requires all LADWP customers to reduce the number of outdoor watering days from three to two per week. The transition, which requires City Council approval, will go into effect on June 1.

“Los Angeles didn’t just become one of the most water efficient cities in the world overnight – but regardless of how much we’ve already done, [this] is about recognizing how much further we have to go,” Garcetti said. “While the reduction in outdoor watering is important, it’s just one piece of our larger conservation effort, so if we want our children and grandchildren to be able to turn to the tap with confidence, we need to double down on the solutions that have made conservation a way of life in L.A.”

For all LADWP customers with street addresses ending in odd numbers, watering will be limited to Monday and Friday. For customers with addresses ending in even numbers, watering will be limited to Thursday and Sunday. The changes are in addition to existing watering restrictions, which limit customers watering with regular sprinklers to eight minutes at a time, and those watering with sprinklers with water conserving nozzles to 15 minutes at a time. Watering between 9 a.m. and 4 p.m. is prohibited on all days.

In June, the LADWP plans to launch an outreach and education campaign to help spread awareness about the changes. The department is also planning to increase the number of water conservation response units, which will deploy teams to provide warnings and issue citations to customers who are repeatedly non-compliant with regulations.

Irrigation currently makes up 35% of the LADWP’s total water use. Garcetti highlighted the nearly 20 water rebates offered by the LADWP. The rebates include $3 per square foot rebate for turf replacement for up to 5,000 square feet per project for residential and commercial customers, $500 for high-efficiency clothes washers, $250 for high-efficiency toilets, $500 for zero- and ultra-low water urinals, and $6 for rotating sprinkler nozzles. The LADWP has allocated $5 million for discounts on real-time water use monitoring devices. The utility is also offering free bathroom and kitchen faucet aerators, and free high-efficiency showerheads.

The LADWP has also set aside up to $2 million for the Technical Assistance Program, which incentivizes large conservation projects for commercial and industrial customers. The amount allocated to the program was increased from $250,000 earlier this year.

The LADWP is also asking customers to reduce their per person use by seven gallons per day, which is the equivalent of reducing showering by four minutes, or shutting the faucet off during a two-minute tooth brushing cycle and five-minute shaving cycle.