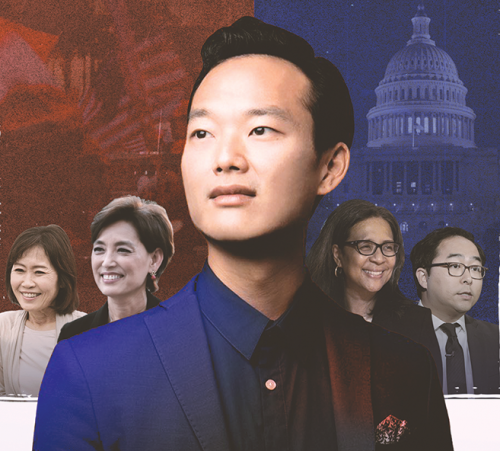 “Chosen” tells the story of five Korean American who ran for Congress in 2020. (photo courtesy of KCCLA)

“Chosen” tells a story about U.S. politics that may be unfamiliar to many people. In 2020, five Korean Americans from diverse backgrounds and with competing political views ran for U.S. Congress, during a period when COVID-19, racial injustices and economic crisis impacted the nation. At the center of the film is David Kim, a candidate from Koreatown who ran for the 34th Congressional District in 2020.

More Korean Americans are running for office, building on a movement that started after the 1992 Los Angeles Riots, as Korean Americans sought more channels for their voices to be heard in Washington, D.C. “Chosen” offers an opportunity to learn more about the 1.9 million Korean Americans living in the United States and provides insight into their politics.

“We’ve invited members of the local Hollywood and cultural arts industry to this first-time private screening of the film ‘Chosen,’” KCCLA director Sangwon Jun said. “I think it is significant that five Korean American candidates ran for federal congressional elections in 2020, and this documentary film shows their struggles to win. We plan to further promote the network with Korean Americans working in the entertainment industry, including young and promising Korean American film directors like Joseph Juhn.”