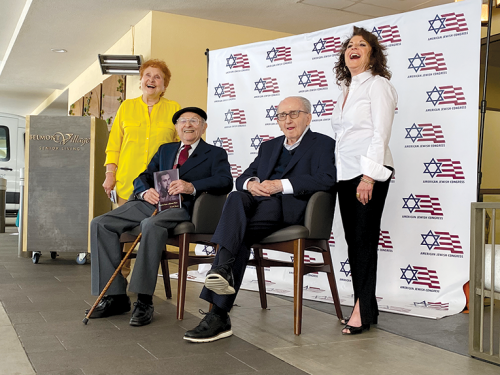 The two Holocaust survivors first met as children when they were in the same Nazi slave labor camp and escaped during Allied bombing campaigns. Shatz and Berci served in the anti-Nazi resistance and, later, the anti-communist resistance. Both rose to prominence in the U.S. Berci was a Los Angeles surgeon at Cedars-Sinai, and Shatz was an author and journalist who still writes a weekly column for the Virginia Gazette.

Sponsored by the American Jewish Congress, the two friends had a warm and emotional reunion, exchanging stories and catching up on each other’s lives over the past 80 years.

Eviction protections to end in BH