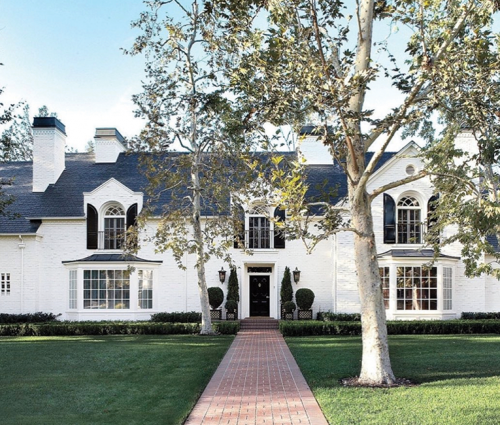 The house at 1001 N. Roxbury Drive could be demolished if the property’s new owner gets permission from the city. (photo courtesy of Alison Martino)

The fate of 1001 N. Roxbury Dr. was brought up again, albeit briefly, at the May 10 Beverly Hills City Council meeting. Ryan Gohlich, the city’s director of community development, announced that a hearing had been set for June 21 to reconsider the certificate of ineligibility that was issued to the property on March 15. The certificate effectively decreed the house, built in 1942 by architect Carlton L. Burgess, historically and culturally insignificant, paving the way for its new owner, StubHub founder Eric Baker, to demolish it.

Public outcry led to an hours-long discussion at the April 12 City Council meeting, with the council ultimately deciding to reconsider the certificate. The initial certificate had been issued due to the building failing to meet the city’s benchmarks for cultural designation, specifically a prerequisite requiring significant feature stories in architectural publications.

Baker’s team responded to the council’s actions, stating that its decision was outside of its legal purview.

“The council has received correspondence from the property owner’s legal counsel regarding assertions that the council cannot conduct a call up hearing of this matter because of some timeline set forth in the municipal code,” Gohlich said. “That is something that’s currently under review by the city attorney’s office. And so, I want to be clear the purpose of [this] discussion is simply to set the hearing. We will further review the claims from the legal counsel and if a hearing is able to move forward, we can come forward at whatever date. If not, we will notify the council.”