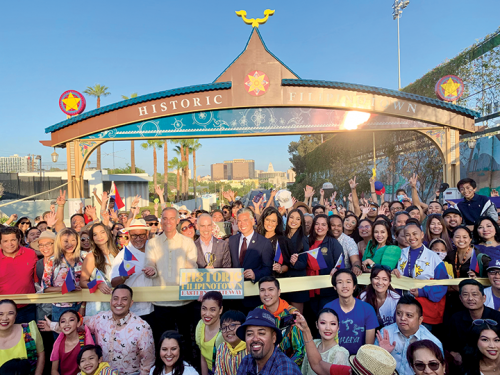 “At long last, the day has arrived, the gateway is here and the amazing community of Historic Filipinotown can celebrate being the rightful home of the newest cultural landmark in our city,” O’Farrell said. “This has taken a village, and it has been a labor of love. Most importantly, this process has been guided by the people of Historic Filipinotown.”