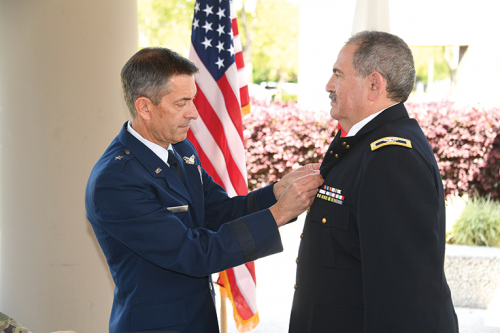 First-In Fire Foundation chairman Marc S. Cohen was recently promoted from lieutenant colonel to colonel as part of his service in the California Air National Guard.

Col. Cohen’s assignments have included assisting Ukrainian firefighters, in collaboration with the Los Angeles fire and police departments and the California Military Department. The foundation supports fire departments and fire service whenever and wherever the need arises, he said. According to Cohen, the California Military Department facilitates a process to provide humanitarian and non-humanitarian aid to Ukraine.

“In these eight years, I’ve been given the opportunity to assist service members, to promote and expand our role in cyber defense, to remember our veterans, to remember our lost after 9/11, to learn to be a chief of staff in an operations group responding to natural and man-made emergencies in California, and to develop and work with our federal, state, municipal and civic organization partners in promoting emergency preparedness and the interests of the California Military Department and California State Guard,” Cohen said.

Candidates face off in forums for 5th and 13th district races