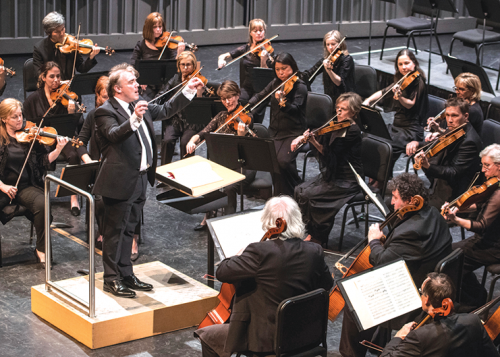 Radulović has taken the classical music world by storm with his thrilling virtuosity, depth of expression and adventurous programming, both in the recording studio and on the concert stage. The program also features Martín conducting the rarely-performed overture to Joplin’s only opera, “Treemonisha,” and the complete orchestral suite of Ravel’s “Ma mère l’Oye,” which brings Mother Goose to life.

LACO recognizes the generous support of the Colburn Foundation and the Andrew W. Mellon Foundation. Steinway is the official piano of Los Angeles Chamber Orchestra. The Orchestra also receives public funding via grants from the City of Los Angeles Department of Cultural Affairs, the Los Angeles County Arts Commission and the National Endowment for the Arts. LACO gratefully acknowledges Hogan Lovells US LLP for generous pro bono support. Radulović’s LACO appearance is made possible, in part, from a generous contribution from Leslie Lassiter.

Tickets start at $29 and may be purchased online at laco.org or by calling LACO at (213)622-7001 ext. 1. Discounted tickets are also available by phone for seniors 65 years of age and older and for students.

‘Sleeping Beauty’ returns to the big screen in Hollywood