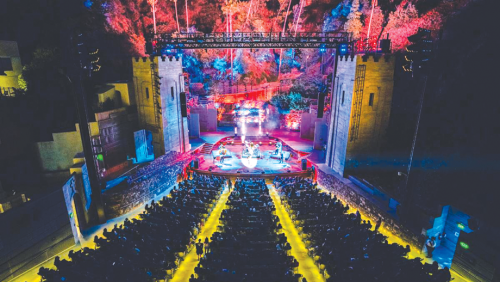 The Ford’s summer season will kick off with the FREE 101 Festival on June 12. (photo courtesy of the Los Angeles Philharmonic)

The Los Angeles Philharmonic Association has announced details of The Ford’s 2022 season, featur­ing 19 weeks of performances between June 12 and October 23. The 2022 season will kick off with the FREE 101 Festival, which con­nects The Ford (Sunday, June 12) and the Hollywood Bowl (Saturday, June 11), sister venues and neighbors across the 101 Freeway, for a two-day-long cele­bration of music and community. Programs throughout the season will welcome Ford favorites as well as introduce a captivating and inclusive array of multidisciplinary talent, including music legends and local acts. The Ford’s second sea­son stewarded by the Los Angeles Philharmonic Association cele­brates the best of Los Angeles and highlights its creative communi­ties.

“As one of the oldest performing arts venues in Los Angeles, The Ford holds a storied place in the city’s history, and we embrace that history with every artist and ensem­ble that takes our stage. More than ever before, this year will be about celebrating bright and brilliant voices across different genres. The 2022 season will shine a spotlight on LA’s own artists, both emerging and established, as we welcome unforgettable performers to our summer stage,” Cynthia Fuentes, director of The Ford, said.

Ticket packages are available at theford.com. Single tickets will go on sale April 19 at 10 a.m.

Tears and music for Ukraine