Suzana Bartal to perform at The Wallis 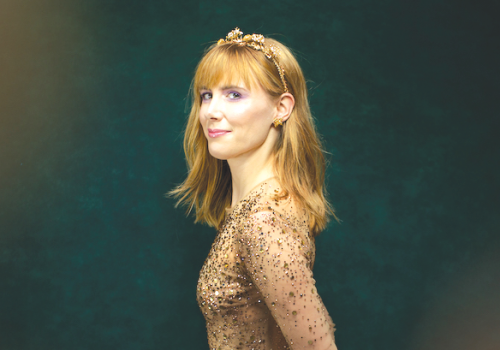 Pianist Suzana Bartal will perform April 9 in the Bram Goldsmith Theater. (photo courtesy of The Wallis Annenberg Center for the Performing Arts)

Piano virtuoso Suzana Bartal returns to the Wallis Annenberg Center for the Performing Arts with the acclaimed Calder Quartet to present a program of contempo­rary and timeless string quartets and piano quintets, including the U.S. premiere of leading French composer Éric Tanguy’s “Piano Quintet,” on Saturday, April 9, 7:30 p.m., in the Bram Goldsmith Theater. Tanguy’s work is juxta­posed with Schumann’s “Piano Quintet in E-flat major, Op. 44,” the composer’s only piano quintet, composed in 1842, which revolu­tionized the instrumentation for piano and strings and established the piano quintet as a quintessen­tially romantic genre.

A Concert Prelude moderated by Classical KUSC’s Brian Lauritzen will be held at 6:30 pm.

Bartal, who is French-Hungarian, was born in Timişoar, Romania, and began her musical education in her hometown. She has since appeared at such presti­gious venues such as the Paris Philharmonie, the Auditorium of Radio France, the Auditorium of the Musée du Louvre, Salle Pleyel and the Auditorium of the Musée d’Orsay in Paris, the Beethoven-Haus in Bonn, Merkin Hall in New York, the Palazzetto Bru Zane in Venice, as well as Milton Court in London. Her recent performance highlights include concerts at the the Festival Berlioz, the Festival de Besançon, Festival “Classique au Vert” in Paris, the Vichy Opera House, the Kaposvar Chamber Music Festival in Hungary, Schloss Elmau in Germany and the Turku Music Festival in Finland. Bartal’s wide-ranging repertoire spans solo works, concertos and chamber works. Also, an enthusiastic advo­cate of contemporary music, she has worked with some of the most significant composers of our day, such as Thomas Adès and Eric Tanguy, whose work “Rhapsodie” for viola and piano she premiered with Lise Berthaud at the Festival de Pâques Aix-en-Provence. She has collaborated with Oscar-win­ning film composer Gabriel Yared as well.

Tickets, $29-$79, are on sale now. The Wallis Annenberg Center for the Performing Arts is located at 9390 N. Santa Monica Blvd, Beverly Hills. To purchase tickets and for more information, please call (310)746-4000 or visit thewal­lis.org/quartet.