Suspect charged for sex crimes in case that originated in WeHo 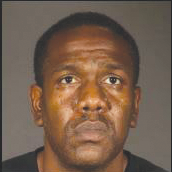 Los Angeles County Sheriff’s Department authorities are seeking additional victims of a suspect who they allege engaged in lewd behavior with minors, including a victim from West Hollywood.

The defendant, Alexander Rahsaan Miles, 42, of Pasadena, was arrested on April 15 at an undisclosed location in the city of La Crescenta and booked at the West Hollywood Sheriff’s Station. The Los Angeles County District Attorney’s Office charged Miles on April 19 with three counts of committing a lewd act on a child under age 14, and one count of using a minor for sex acts.

Lt. Dan Stanley, with the sheriff’s department’s Special Victims Bureau, said the investigation into Miles began when a 13-year-old female victim filed a report with West Hollywood investigators on March 13. The victim told investigators that she was contacted by the suspect last October and November on Snapchat, an instant messaging app. The suspect allegedly offered to provide alcohol and narcotics to the victim in exchange for explicit photographs and videos.

The case was assigned to the Special Victims Bureau and detectives identified Miles as the man who allegedly communicated with the victim. During the investigation, it beca-me apparent the suspect was communicating with many individuals, mostly female, via Snapchat, Stanley confirmed.

“The reason we are asking for more information is because we think there are more victims in the Los Angeles area,” he added. “I can’t get into how it all started because it involves a minor, but we believe he was communicating with victims via Snapchat.”

Authorities believe the suspect was formerly a high school basketball coach for schools in the San Gabriel Valley and a basketball referee in the Los Angeles area. Stanley did not have details about which schools or the time periods for when he was coaching, but said investigators do not think he is still actively coaching. Stanley said he may have recently been serving as a basketball referee, but declined to elaborate.

Miles is being held on $340,000 bail and is next expected to appear in court on May 3. Anyone with information about the case or who believes they are a victim is urged to call the Special Victims Bureau tip line at (877)710-5273, or email specialvictimsbureau@lasd.org. Those who wish to remain anonymous can contact Crime Stoppers at (800)222-TIPS, or visit crimestoppers.org.

One in custody, one still sought for Melrose robbery