‘Mr. Los Angeles’ inducted into Court of Honor at the Coliseum 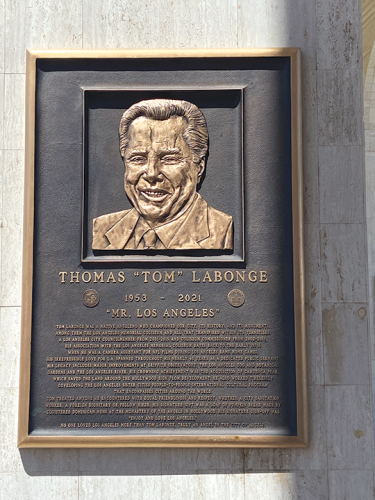 A plaque honoring Tom LaBonge is located in the Los Angeles Memorial Coliseum’s Court of Honor. (photo by Edwin Folven) 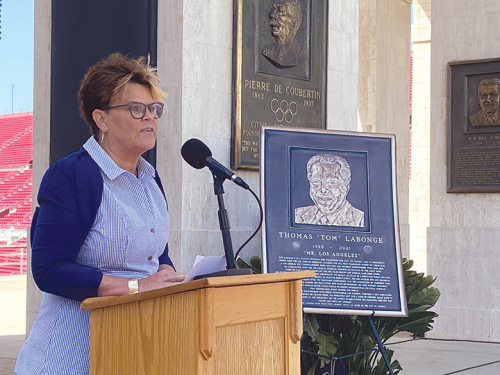 A bronze plaque honoring LaBonge was unveiled in an archway underneath the Olympic Torch, which was lit for the ceremony. The plaque is on the same pillar as the Pope and across from former Los Angeles Mayor Tom Bradley.

LaBonge’s widow Brigid thanked the large crowd that attended and called it one of his biggest honors.

“He would have never expected something like this, and he would have been so proud,” she said. “I get teary-eyed because this is such an honor.” 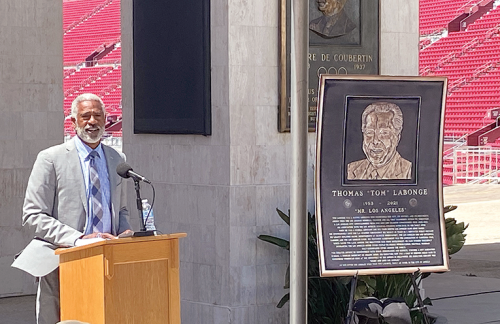 “This plaque will be a fitting tribute to my friend, a man who embodied his nickname, ‘Mr. Los Angeles,’” Hahn added. “Tom loved this city and the Los Angeles Memorial Coliseum, and by inducting him into the Court of Honor, we can show just how much we loved him back.”