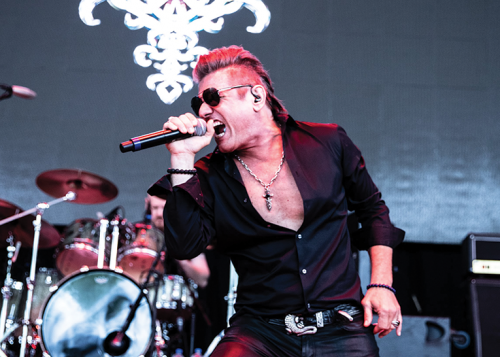 Miljenko Matijević will perform on April 29 at 7 p.m. at the Korean Cultural
Center Los Angeles’ “Flashpoint 429.” (photo by Joe Schaeffer)

The Korean Cultural Center Los Angeles will present a special performance of “Flashpoint 429” at Ari Hall. “Flashpoint 429” is a concert that brings together community leaders and musicians to commemorate the 30th anniversary of the L.A. Uprising / 429 (April 29, 1992).

Emile Mack, a retired LAFD Deputy Chief, will join as a speaker. Mack is a Korean adoptee who was raised by an African American family. Lora King, daughter of Rodney King, will also deliver a message about the L.A. Riots via video.

Musical guests will include Miljenko Matijević, an all-time favorite rocker among many Koreans. He will play the Korean song “Rain” from the Korean TV program “Masked Singer,” the inspiration for the FOX television series. Matijević will also perform “She’s Gone” and his recent release, “Trust in Love.”

Tickets are free but reservations are required. The event will be held on April 29 at 7 p.m. The Korean Cultural Center Los Angeles is located at 5505 Wilshire Blvd. For more information and to purchase tickets visit kccla.org.

USC dance students to perform at The Wallis