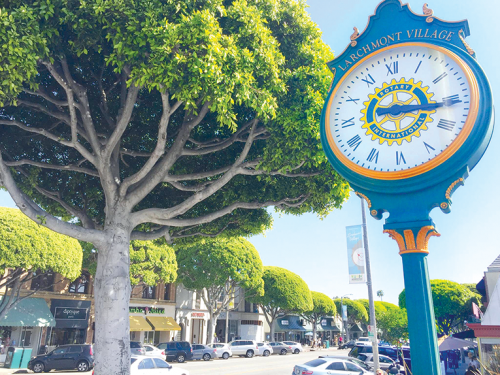 Moderated by Mike Murphy, co-director of the USC Center for Political Future, the forum offered the candidates an opportunity to sound off on several issues facing the district, such as crime and homelessness. They also discussed the L.A. County District Attorney George Gascón recall campaign and the future of the Los Angeles Police Department.

“The money that we are using is being used very incorrectly,” Soto-Martinez said of the LAPD budget. “There’s been multiple systems throughout the country that have proven we can use the same amount of resources and actually prevent crime.”

He referenced the city of Denver’s Support Team Assisted Response program, which has fielded approximately 2,700 calls in the last year-and-a-half and has been more efficient in responding to issues like trespassing and low-level property crimes, he said.

“That is a program we could do here in Los Angeles,” Soto-Martinez added. “It’ll make our taxpayer [dollars] stretch longer and farther, and we’ll get more services, not less.”

Johnson said the crime issues L.A. is facing stem from the city cutting the LAPD budget two years ago. He said he would like to see the department add another 11,000 officers, while being “innovative” on how the LAPD hires new recruits.

Johnson said there is currently a “huge morale problem in policing,” and that nobody is interested in becoming a police officer anymore.

O’Farrell said the city does not need to look to Denver for answers, as L.A. has already implemented a similar idea – the Crisis and Incident Response through Community-Led Engagement pilot program.

“It’s working extremely well, by outreach practitioners,” he said. “We’re already diverting calls for armed officers to my practitioners in the CIRCLE program. We pioneered that right here in Los Angeles. It’s a great thing.”

The councilman said the city did not reduce the LAPD’s budget; it took a planned increase and reallocated the funding to service providers that look to uplift neighborhoods.

“The police force needs to be adequate in numbers to reduce crime and make neighborhoods safe, period,” O’Farrell said, adding that the department can be more efficient, especially if the city allows it to upgrade its technology.

Corado referred to himself as an “abolitionist” and said police officers “should not exist.” He said he would prefer to use the LAPD budget for investments in communities as a crime deterrent.

“We know that poverty is a big driver of crime,” Corado added. “If you give communities the resources they need to have their basic needs met, if you raise wages, if you do all that, crime is going to drop so drastically that the rest of it is just going to be up to us to figure out how to keep each other safe.”

Pynoos said “throwing money” at the LAPD is not going to improve security in communities. She said the city needs “real” mental health experts to respond to certain crises within minutes.

Regarding the Gascón recall effort, she said the recall effort is a waste of money, and that the county should give him more time to see if the policies he has in place will work. Corado said he would vote to re-elect him.

Johnson said the county definitely needs a different district attorney, as evidenced by the number of his deputies who support the recall. Soto-Martinez, however, said he believes Gascón has the “right vision.” O’Farrell said he would vote for someone else if the election was held that day.

Murphy asked the candidates about their thoughts on the removal of the Echo Park Lake encampment, which led to more than 170 arrests of protestors.

“The overwhelming majority of arrests were made because protestors were brought there under false pretenses to call and actually fight us moving people into shelter, and [they] tried to disrupt the whole operation,” O’Farrell said.

Soto-Martinez said the effort was a “failure by every metric” and criticized city officials for arresting protestors. Johnson said the removal of the encampment was “exacerbated” by Democratic socialists.

O’Farrell defended the encampment’s removal and said outreach practitioners worked for three months with the unhoused individuals at the lake.

Pynoos said the effort “was a failure,” and that she is a part of a team that cleared the Venice boardwalk. She said 200 people were taken off the street, and 84 of them are now in permanent housing, with the vast majority “well on their way.”

Corado said the incident “was one of the biggest failures in a city that is made up of failures.” He said he had a “personal relationship” with several people living in the encampment, and that they tried to reach out to O’Farrell’s office to no avail.

“Mitch went and told his buddies at the LAPD to clear them out, to traumatize 200 people, and he turned Echo Park Lake into a prison,” Corado said.

O’Farrell said the effort in Echo Park was an “enormous success.”

“We returned the crown jewel of the park system to the community for everyone – housed or unhoused – to enjoy,” he added.

Soto-Martinez said he would have, at minimum, four staff members to help people find housing, apply for grants and connect with service providers.

“This is the most urgent thing in our city,” Soto-Martinez said, adding that the city must also combat poverty,  income inequality and  housing costs.

Murphy asked Johnson about Prop. a, a $1.2 billion bond that aims to triple the amount of supportive housing in L.A. Johnson said a lot of the funding is being spent on consultants, and that each unit built has a cost of approximately $800,000.

“What about social change venture capitalists? Partnered with nonprofits, they can do it a lot cheaper and way faster,” Johnson added.

Corado agreed with Soto-Martinez in that city officials must address why people are becoming homeless.

“We can work with people who are hoarding resources to actually house people, and on Day One, I would explore those options of what can we do to get people into housing immediately,” Corado said.

Pynoos said the city should work to keep people housed, which is much less expensive than building new units. Further, officials should work “very hard” to connect individuals with social services.

“There has to be some penalty for not wanting to get housing,” he added.

O’Farrell said L.A. County has approximately 66,000 people experiencing homelessness, and the city has approximately 41,000. He said the city should receive more funding from the state to address the issue, and it is working to do that. The councilman also defended the city’s use of Prop. HHH funds.

“I enacted a cap so that, out of that fund, no more than $140,000 per unit is contributed,” O’Farrell said. “We can’t control most of the costs that the free markets bears. What we can do is control our amount that we contribute.”