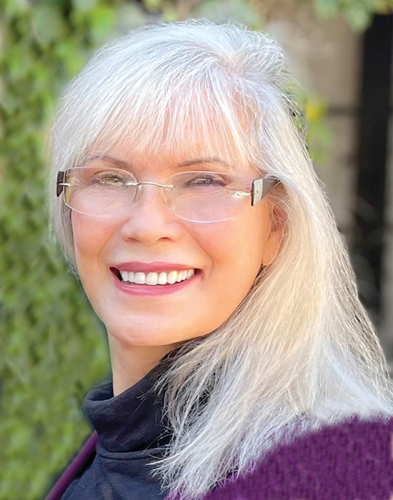 Attorney Darian Bojeaux is running for Beverly Hills City Council to ensure that residents, not developers, shape the city’s future, especially as far as land-use matters are concerned, she said.

She is among eight candidates looking to potentially unseat one of three incumbents – Councilmen Lester Friedman, Robert Wunderlich and John Mirisch – in the June 7 Primary Election.

“I am concerned with the way the ‘city house of majority’ is attempting to increase … building height limits and decrease parking requirements, which is not good for the beauty and quality of life in our city,” Bojeaux said.

Prior to the City Council’s approval of its mixed-use ordinance, most of the main streets in Beverly Hills had 45-foot height limits, which helped retain the community feel of the city, she said.

“I don’t think this is good for our city,” Bojeaux added. “Some people will say, ‘Oh, we need to increase density. We need to increase housing.’ Except, they rezoned for three times the amount that was required by [the state’s Regional Housing Needs Assessment] housing requirements.”

She said many residents are “so busy trying to get by” that they may not be aware of the council’s efforts to increase height limits in Beverly Hills. That is why she would like to see the issue put on a ballot.

“The City Council majority don’t want to put it on the ballot,” Bojeaux said. “That’s really because the majority, they want to do what they want to do instead of what their constituents want to do.”

She referenced the proposed nine-story Cheval Blanc hotel project in the Business Triangle that is currently going through the approval process. Bojeaux said the project will make traffic on “little” Santa Monica Boulevard “impossible.”

Instead of the city pushing density on Beverly Hills’ main streets, Bojeaux said she would like to see the city allow residents the opportunity to build guesthouses on top of their garages and other accessory dwelling units, among other things.

Although she believes that her residents-first approach to land-use issues separates her from the rest of the pack, Bojeaux said improving public safety, supporting Beverly Hills schools and managing the city’s water supply are also important.

As far as public safety, Bojeaux praised the Beverly Hills Police Department’s increased use of security cameras, and she would like to see that continue. She also suggested that the department increase its foot patrols.

“I think there has to be something that seems threatening to thieves,” Bojeaux added.

She attended the ribbon-cutting ceremony for the city’s Foothill Water Treatment Plant, which was rededicated on March 31 after being out of service for the last seven years. Bojeaux was pleased that the city will be able to provide 20% of its own water.

“I think that is an excellent idea, and that we should go farther with it,” she said.

Bojeaux would also like residents to have access to internet at a reduced cost. She said that as a member of Team Beverly Hills, she learned of a city project to provide free internet to Beverly Hills residents, but it appears that the project has stalled.

“It has to be investigated, and it has to be fixed,” Bojeaux added. “I think we should get really reduced-cost internet at the very least.”

She also wants to promote fiscal responsibility if elected. The candidate said she “really loves” the citywide holiday decorations, but she questioned whether supporting them financially is the best use of city funds.

“We might need to cut that down a little bit if we have other [needs] that are basic to our survival,” Bojeaux said. “I think we might try to reduce a few things.”

A resident of Beverly Hills for more than 36 years, she has never run for public office, but she considers herself a “watchdog” for the community. More than anything, Bojeaux wants to ensure that residents are involved in decisions that will change the city.

“If the majority of residents want to go up, if they want to have high-rises and they want to become more like New York or whatever, we should really do that,” she added. “But, if it’s more of a situation where people are just not aware of what’s going on, and I think that’s what’s really going on – I think a lot of people just have no idea what’s going on until something starts to get built near them – if that’s the situation, I just want people to be able to vote on it.”