Who deserves top honor at the Oscars?

The 2022 nominees for best picture ranked from worst to best

This one doesn’t belong. Well intentioned, sure, but “Don’t Look Up” cares more about preaching than the film’s execution. The cause is just, but frankly the outcome feels too akin to cringey Christian flicks hellbent on proselytizing, artistry be dammed. No amount of stardom or slightly clever singular moments can undo problems engraved into its core.

Once more, director Paul Thomas Anderson revisits San Fernando Valley. But this one’s quite concerning. Other auteurs rightly can’t get away with a will-they-won’t-they romcom between a 15-year-old teen and 25-year-old woman, regardless of the 1973 setting. Add to that a wretched Asian stereotype for laughs, and this one presents more ethical dilemmas than aesthetic delights to dignify.

Kenneth Branagh writes and directs a fictionalized tale about his early years in Belfast at the start of the Troubles, or the Northern Ireland conflict. Rather than explore every corner of this historical moment, “Belfast” focuses on one corner of a neighborhood.

Told in mostly black and white, it cleverly places one family in a broader context through choice music and frequent escapes at the local movie house. From classic literature adaptations to blockbuster hopefuls, Branagh sports a diverse resume, but nothing quite like this – nothing this personal, this poetic. 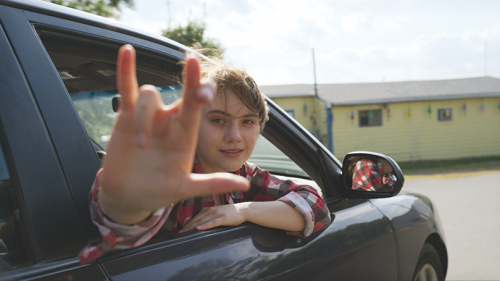 Emilia Jones stars in “CODA,” a coming-of-age film that explores the life of a child who is the only member of her deaf family who can hear. (photo courtesy of Apple)

Apple’s debut in original content is off to a good start with its major Sundance purchase, “CODA,” which stands for child of deaf adults. Three deaf actors in leading roles is unprecedented (sad as that is to say). A few hiccups disrupt “CODA’s” realism in service of added dramatics, upped stakes.

And sure, coming-of-age flicks enjoy a heavy degree of familiar tropes. But this incredible, watchable tear-jerker packs stunning acting from the whole Rossi family. Hopefully, future stories build on and deepen what “CODA” amplifies. A best pic nom sure helps.

Is there a prettier film? Part one of “Dune” visually excels at bringing Frank Herbert’s sci-fi novel to the big screen. Rarely has a slow burn been this mesmerizing. Denis Villeneuve has quickly become the most trusted sci-if director, and “Dune” serves as yet another reason to keep coming back for his latest contributions.

No one asked for this remake, but Steven Spielberg throws everything he’s got at “West Side Story.” Few filmmakers can pour this much film history into two and a half hours. Stellar performances, grand dance numbers and epic scoring all ripped straight out of the ‘60s, topped by modern cinematography.

Sure, the romance between Tony and Maria is trash (the “Romeo and Juliet” shtick requires much suspension of disbelief), but this modernized classic packs the best of contemporary and classic practices.

Sam Elliott is not a fan. On a recent podcast, he bemoaned “The Power of the Dog’s” homoerotic tones and the qualifications of an Australian woman overseeing a Western.

If for no other reason, give this one the win to shut down such ridiculous, thinly-coded prejudice. Besides, “Power” is, in point of fact, a uniquely entertaining form of torture, doom and gloom with a glimmer of something profound come the end. 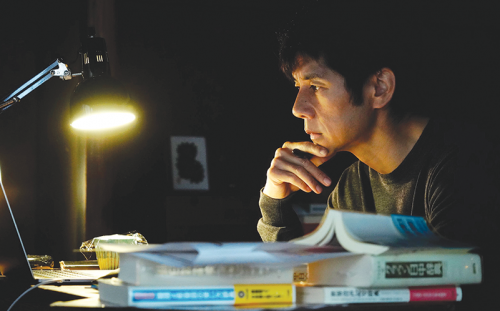 Hidetoshi Nishijima is a standout in “Drive My Car,” one of the top contenders for best picture at the 94th Academy Awards on Sunday, March 27. (photo courtesy of HBO Max)

The first Japanese film nominated for this category deserves all the praise. Don’t let the modest four total categories soften “Drive My Car’s” impact (lead star Hidetoshi Nishijima deserved a nom more than two or three others in the leading men list too).

It’s the best of the bunch, a shocking feat for a three-hour emotional drama. The point might be simple enough, and plenty might object to elongated scenes, but “Drive My Car” plays out like a good read, one that sticks around long after the last page.

Lunch is back at Yardbird