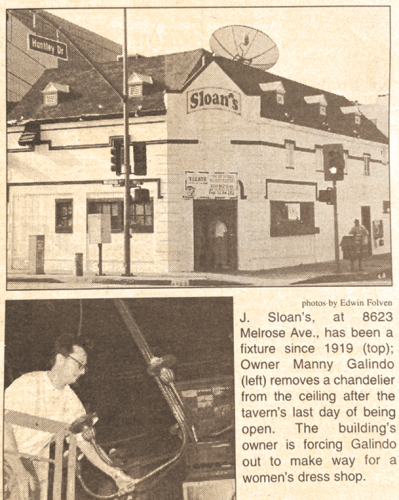 In the bottom pho­tograph, owner Manny Galindo removed a chandelier from the ceiling on the business’ last day as hundreds of people stopped by for a final toast.

The tavern was located in West Hollywood at the corner of Melrose Avenue and Huntley Drive, but preceded the city’s incorpo­ration by 65 years.

It operated as a speakeasy during the Prohibition era and was later a hangout for celebrities including Spencer Tracy, Clark Gable and Douglas Fairbanks.

The tavern closed in 2002 because the building’s owner decide to repurpose it as a dress shop. Since 2018, it has housed the nightclub Raspoutine.