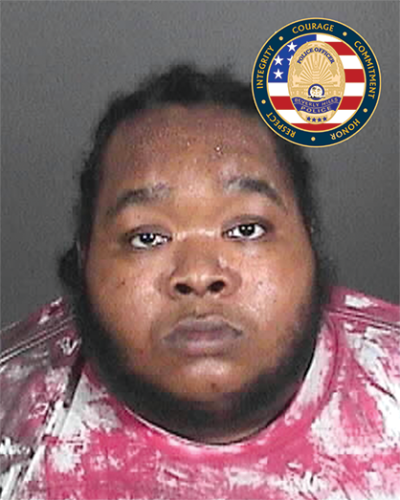 A 41-year-old gang member was sentenced on Feb. 28 to five years in federal prison for his role in a violent robbery on March 4, 2021, on the patio of Il Pastaio restaurant in Beverly Hills.

Marquise A. Gardon, of South Los Angeles, was the third man sentenced for the crime, in which two male suspects robbed a man at gunpoint on the restaurant patio and stole a Richard Mille wristwatch valued at $500,000. The victim and one of the suspects struggled during the robbery and the gun fired, striking and injuring a female patron. The assailants fled but dropped the gun at the scene and it was recovered by police. The suspects were arrested in May and have remained in custody since.

Gardon was the getaway driver, authorities said. Two other men, Malik Lamont Powell, 21, and Khai McGhee, 18, who is also known as Cameron Smith, were sentenced to 12 years in federal prison on Feb. 14 in connection with the robbery. Powell and McGhee are believed to have robbed the man on the restaurant patio. At sentencing, United States District Judge John F. Walter called the crime “outrageous and unacceptable.”

Authorities used security camera footage and forensic evidence to identify the suspects. Blood containing DNA evidence was recovered from the victim’s shirt and linked to McGhee. Powell owned a BMW sedan that was seen on security camera footage parked near the restaurant on the day of the robbery, according to court documents, and was believed to have been used as the getaway vehicle. Investigators determined Powell’s cell phone was present in the area during the time of the hold-up, and Powell also posted messages on social media about the wristwatch linking him to the crime, authorities said.

Police believe the suspects drove to Beverly Hills on March 4, 2021, with the intention of committing a robbery and targeted the victim seated on Il Pastaio’s patio. The Richard Mille wristwatch that was stolen has not been recovered.