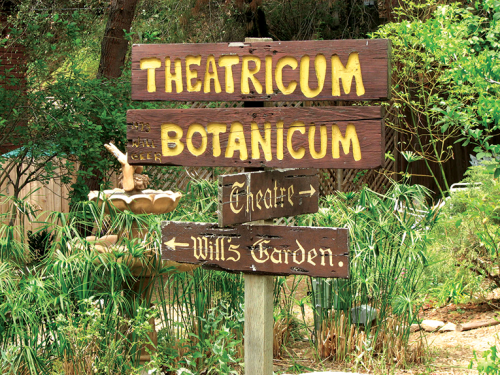 Summer is on the horizon, and Will Geer’s Theatricum Botanicum is ready to announce a mix of clas­sical theater, new work and music set to take place at its outdoor amphitheater in Topanga.

In addition to the company’s annual offering of Shakespeare, the 2022 season will include a world premiere, a surprising “all new” revival and a host of satellite events.

“Our 49th season will shine light on the complicated weave of rela­tionships that tie and bind us to each other as we struggle to find freedom and balance within ourselves, our families and our community,” Theatricum artistic director Ellen Geer said.

Best known for presenting lively and engaging renditions of the works of William Shakespeare, Theatricum will open the season with two of the Bard’s buoyant comedies: “The Merry Wives of Windsor,” opening June 11, and the company’s annual, signature pro­duction of “A Midsummer Night’s Dream,” opening June 12.

“The Merry Wives of Windsor” has been re-set to 1950s small-town America during the nascent period of second-wave feminism. Things might seem picture perfect in “Small Town USA,” but when opportunistic schemer and woman­izer John Falstaff blows into town on his Harley and tries to woo two wealthy ladies at once, the town’s women gleefully plot his comeup­pance.

Joining the repertoire on June 25 is a spanking “new” revival. Forty-one years after its premiere at the Ahmanson Theatre, Academy Award-winning writer Ernest Thompson (“On Golden Pond”) has deconstructed his script for “The West Side Waltz.” In the world premiere of Thompson’s newly revised, heart-filled dramedy set during the tumultuous 1980s, Theatricum artistic director Ellen Geer, her sister Melora Marshall and daughter Willow Geer take on the roles of an aging concert pianist, her violin-playing spinster neighbor and a would-be actress on New York’s Upper West Side.

Finally, the world premiere of “Trouble the Water” opens on July 9. Inspired by the real-life story of Robert Smalls, who escaped slav­ery to become an American hero, the play navigates the rich tribu­taries of courage, betrayal and redemption in a script freely adapt­ed by Ellen Geer from the 2019 award-winning historical novel by Rebecca Dwight Bruff.

All four productions will play in repertory from June 11 through October 2. Unlike most theaters in the L.A. area that stage continuous runs of a single play, Theatricum, using a company of actors, will perform each of the plays in reper­tory, making it possible to see all four plays in a single summer weekend.

To purchase individual tickets and season subscriptions call (310)455–3723 or go to the­atricum.com.