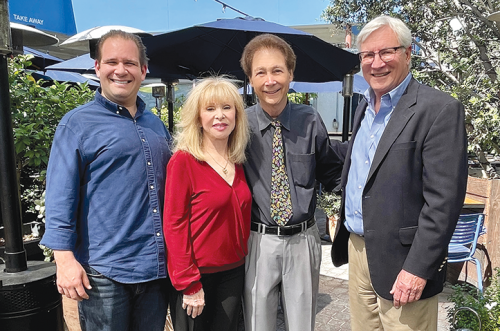 Representatives of the Melrose Business Improvement District met with the ownership of Television City on March 17 to thank them for helping to fund new license plate reader cameras on and around Melrose Avenue.

The effort was spearheaded by the Melrose Action neighborhood community group. Dozens of cameras have been installed throughout the Melrose area. Melrose Action contracted with the company Flock Safety on the camera project. The cameras cameras record footage that is routed to Melrose Action, which in turn shares it with the LAPD when crimes occur. The cameras’ ability to record license plate numbers is helpful in tracking down suspects, authorities said.

Hackman Capital Partners owns and operates Television City, which is located at the corner of Fairfax Avenue and Beverly Boulevard. Television City’s contribution to the Melrose Action camera program was part of its Rebuild Beverly/Fairfax initiative in which it partners with local organizations and invests in rebuilding and revitalization efforts in the community.