Oscars recap: This but not that from Netflix 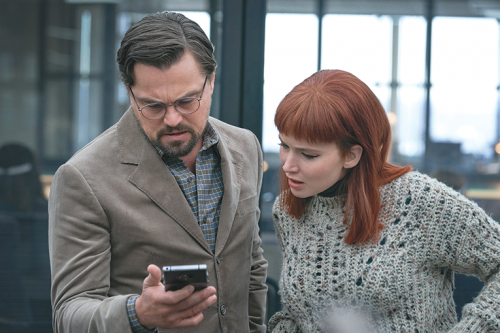 Netflix rules small-screen awards shows, but for every “Stranger Things,” three abysmal series release weekly. As for filmmaking, most folks might not realize just how dominant it is, leading the pack to the tune of “133 films between 2016 and early 2020, more than three times that of Disney,” the Wall Street Journal reported last year. But, that same piece rightly ponders, what about the quality of that much content?

It’s a fair point, one reinforced by Stephen Spielberg’s 2018 claim that the Academy’s decisions to include Netflix, dating back to its first documentary nom in 2014, blur the lines between media.

“Once you commit to a television format, you’re a TV movie,” the “West Side Story” director told ITV News. “You certainly, if it’s a good show, deserve an Emmy, but not an Oscar.”

Call it pedantry if you want, but there seems a clear difference between films like “Roma” and “Operation Christmas Drop.” The 2018 Spielberg might take issue with what would happen next. For a third year running, Netflix has managed to slip two films into the Oscars’ Best Picture category.

No win yet, but the most powerful streaming service has clearly arrived, though the 2022 contenders hardly serve as a smoking gun to shut down naysayers. This Academy Awards include two entries that exemplify the Netflix quandary, one incredible, the other less so.

“The Power of the Dog,” a moody Western drama, and “Don’t Look Up,” a doomsday parody, elate in viewers’ discomfort. The former shirks nostalgia’s vague enthusiasm with the West, while the other hopes we all take seriously climate change before the point of no return. They’re quite different, but only one belongs. 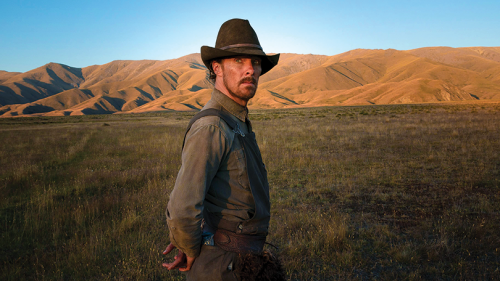 Benedict Cumberbatch is a dominating figure in Netflix’s “The Power of the Dog.” (photo courtesy of Netflix)

On the 1920s’ open range, job opportunities are lacking, but vile folks like Phil (Benedict Cumberbatch) are plenty in “The Power of the Dog.” Phil enjoys dominating those around him, from the cowboys who adore him to the brother (Jesse Plemons) he calls “fatty” to the boarding house owner (Kirsten Dunst) he micro abuses.

On a technical level, it pulls a Hitchcock, successfully moving through not two but three central protagonists, so take that “Psycho.” Phil never controls the story – try as that power-thirsty character might – though he does connect the other three characters’ emotional journeys.

It’s an unhappy film, but it sure knows how to go out strong. That victory belongs to Cumberbatch, Kodi Smit-McPhee for his role as Peter, Jane Campion’s (“The Piano”) directing and Jonny Greenwood’s intense score. It’s a powder keg bursting with mastery, easily a primary contender, albeit uneasy to experience the first time through, while further viewings reveal much more.

All the parts make sense in a parody, but this one doesn’t meet the criteria for that designation. To start, it’s entirely unfunny, completely devoid of the charm that made director Adam McKay’s “The Big Short” work so well.

He doesn’t agree, trying to gatekeep reactions to his film, claiming on Twitter last December, “If you don’t have at least a small ember of anxiety about the climate collapsing” then his film won’t “make any sense.”

That’s just it. Everything about “Don’t Look Up” makes sense. Lead characters screaming at the world regarding impending doom, only to be ignored or told aggressive phrasing undoes their cause. The disgust at politicians’ self-serving timing. Even the anxiety about lost jobs while the planet’s future dwindles. That all tracks. That all makes sense.

It just doesn’t mean the film’s good, and enough critics agreed, resulting in a 57% on Rotten Tomatoes, one of only 20 films in Oscar history to earn a best pic nom and an F.

Good or not, McKay sure makes a pretty film, one that looks decidedly different than rom-coms and Christmas movies more akin to TV fodder. At least on that, “Don’t Look Up” belongs more in the theatrical film category than a TV movie one.

Perhaps all the anti-streamers really need is a clear division of labor. Instead of calling everything a “Netflix original,” permit the awards to bait its own division. Or maybe not, since that Spielberg problem seems done now that his company, Amblin, produced one of those best pic noms from last year and has a multi-year deal in place with Netflix.

So the “Jaws” director is at peace, but this year’s Oscar noms are hardly a done deal, presenting the likely winner and one that has no business there. “The Power of the Dog” feels like a best-pic film in every way, while “Don’t Look Up” proves something can look the part but still fall short. Frankly, plenty of alleged TV films are far better.

Netflix takes a lot of hits. The streamers’ overlords mislead the public about the most popular content, they refuse to address ethical concerns, they keep raising prices. A more premiere service might get away with these things, but the former mail-order service doesn’t exactly generate hits on even a monthly basis.

Take a Culinary Trip to Sardinia at Abernethy's

Love it when Hollywood eats it’s own. Can’t wait to not watch the Oscars – again.