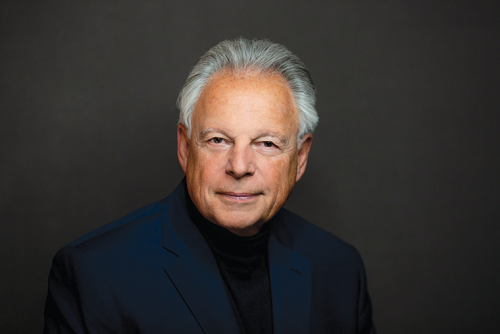 Cantor Nathan Lam has joined the Beverly Hills Temple of the Arts and will perform in his first service on March 25. (photo courtesy of Nathan Lam)

During his years as a voice coach, Nathan Lam worked with Rod Stewart, Ringo Starr, Johnny Mathis, David Coverdale, Belinda Carlisle and a long list of other celebrities.

But Lam said one of the most fulfilling aspects of his life and career has been serving as a cantor, helping people heal through the power of music.

Lam is bringing that power to Beverly Hills Temple of the Arts, where he has joined Rabbi David Baron, music director Sharon Farber and cantor Ilysia Pierce in presenting services and musical programs in the Saban Theatre, a 1,900-seat historic art deco venue at 8440 Wilshire Blvd. that is owned by the temple. Lam said he is excited to get started and has big plans for the music programs that include offering more online access and creating new avenues for youth music.

“I’ve been involved with Jewish music since I was a child. I’ve been a professional cantor for 54 years,” Lam said. “I am a cantor, a member of the clergy, and part of my job in the world is to heal, to give people comfort and to heal people in the best way I can through my music.”

The temple will hold its first live service featuring Lam, and a 30-voice gospel choir, at 8 p.m. on Friday, March 25, in the Saban Theatre. The public is welcome.

Lam will also lead the temple’s new Music and Cultural Center, through which he plans to expand programming to reach people throughout the United States and around the world. He said it will involve music, film and other artistic mediums, as well as educational programs for students.

“I think the Temple of the Arts offers the perfect opportunity to expand into that area, where we have enough material to put out there on the internet, or to put out there on our YouTube [page] and Facebook, or through Jewish Live Television Network, a lot of different ways of presenting stuff so people can hear Jewish music,” Lam said.

Lam was born in Boyle Heights and raised in the San Fernando Valley, where he attended temple as a youth in North Hollywood. Before coming to Beverly Hills Temple of the Arts, he previously served as cantor at the Stephen S. Wise Temple in Bel Air. After retiring approximately one year ago, Lam said he thought he would take a “long sabbatical,” but a friend who is a member of Beverly Hills Temple of the Arts suggested he join the staff at the temple. After meeting with Baron, Lam enthusiastically came on board.

“You come to a certain age and think you are ready to retire. I’ve known Rabbi Baron for many, many years, and I know a lot of members of the Beverly Hills Temple of the Arts,” Lam said. “I’ve always been in awe of their programming. They have wonderful programming and it’s a great opportunity.”

Lam has a long history of using music to help people heal, and his work has taken him to many places and brought him together with many famous people. He has worked as a voice coach for celebrities and has helped many rehabilitate and heal their vocal cords. He said one of the most memorable experiences was in the late 1980s when he worked as a voice coach and toured with Ringo Starr and His All-Star Band.

“That was a kick, standing on stage with Ringo Starr and Joe Walsh,” Lam added. “When Joe Walsh did the opening guitar solo to ‘Life in the Fast Lane,’ I was standing there, in Irving, Texas, and thinking, ‘Here I am, a boy from Boyle Heights, and here’s Joe Walsh, one of the greatest guitar players that ever lived.’”

Lam said he could go on all day with celebrity stories and anecdotes about singers he has worked with, but said he still believes the focus should be on the listener, the one who receives and experiences the music. That will remain at the forefront during his time at Beverly Hills Temple of the Arts, and he invites everyone to experience it for themselves.

“I am very excited about it,” Lam said. “What I am seeing here is an opportunity in a very incredible venue. I am so honored and grateful that I am able to work with Rabbi Barron and the rest of the staff and to be part of the Beverly Hills Temple of the Arts.”

All three routes should be implemented on subway line through WeHo