In honor of Women’s History Month we are profiling some of the dynamic women who make signifi­cant contributions to our communi­ty and help turn the wheels of progress. 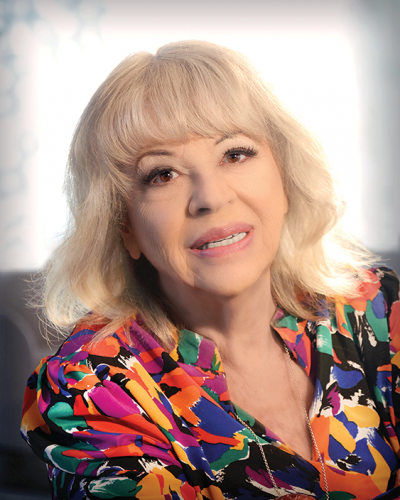 Even as a child, Corky Hale was a musical prodigy. Learning the piano at age three and studying with the Chicago Conservatory by the age of seven, Hale discovered the harp when she was eight. Hale went on to become arguably the most celebrated jazz harpist of all time, working with the biggest marquee names of the latter half of the 20th century, including Tony Bennett, Bjork, George Michael, Liberace and Barbra Streisand.

“I’m a big Barbra Streisand fan,” Hale said. “That was a big thrill. She hired me to play harp at the big concert she did in Central Park.” The concert, “A Happening in Central Park,” was performed before 125,000 people in 1967 and the recording would go on to become one of Streisand’s gold-certified albums.

Hale has lent her skills as pianist, meanwhile, to everyone from Peggy Lee to Mel Torme to Henry James. Most notably, Hale worked with the legendary Billie Holiday.

“I am the only woman who was ever Billie Holiday’s piano player and music director,” Hale said. “I’m always happy working with someone who really knows music, and who can play in every key like I do.”

Hale married another musical legend, composer Michael Stoller, one-half of the Leiber and Stoller songwriting team who were responsible for hits like “Jailhouse Rock” and “Stand By Me.”

Hale has also been a fierce advo­cate for women’s health issues, working on the boards of the Women’s Reproductive Rights Assistance Project and NARAL Pro-Choice America. During the 1960s, Hale and her mother ran a dress shop on the Sunset Strip that had a dual purpose. The store also fronted as an information station for women seeking abortions. If a cus­tomer asked for “a green dress,” they’d be given the names of trust­ed doctors they could seek out.

Hale and Stoller worked with Planned Parenthood to build three state-of-the-art health centers in Los Angeles. When Project Angel Food sent out requests for help in obtaining a new delivery vehicle, the Stollers purchased a new van for the nonprofit. They have also supported the Southern Poverty Law Center, and in 2013 that orga­nization named the Civil Rights Memorial Center Theatre in Montgomery, Alabama, in their honor.

“I’m a different kind of person,” Hale said, discussing how she does­n’t spend much money on herself nor does she ever buy new clothes. “I’m known as a cheap woman, but along with my husband, I’m also known as a woman who gives away everything.” 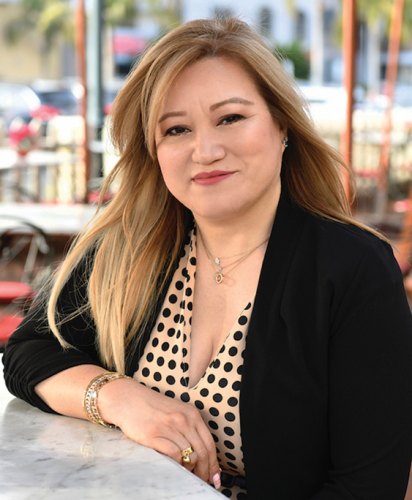 Frances Tario didn’t set out to become the owner of the famed Du-par’s Restaurant at the Original Famers Market. When she started working at the establishment in 2004, her initial intention was just to have a place to make some extra money and have a breather away from her busy home life. Over the course of the last 18 years, Tario rose up the ranks at Du-par’s, though she took a hiatus to work with the Yacht Club.

Steering such a well-known Los Angeles establishment through a worldwide pandemic was a particu­lar challenge for Tario, but her busi­ness acumen and creativity helped navigate the uncertain waters.

“We didn’t know what was hap­pening, just like everybody else,” Tario said. “The part that actually saved us was our bakery counter. I had to hurry up and think up how to make it profitable and how to keep everyone here working.”

Amongst the most ingenious and humanitarian ideas Tario imple­mented during the height of the pandemic was a value package for families which included four meals for only $40. She also began selling pancake batter, meatloaf and other items that could be delivered or picked up by patrons wanting to experience restaurant-quality food at home.

“People would come and order and order. Slowly but surely, our delivery services started increasing. I’m not talking loads and loads, but at least enough to help us get by and keep us open on a daily basis,” Tario said.

Their delivery services, which had previously been a small part of their business, have continued to thrive even as indoor dining has returned to normal.

She feels that she had particular challenges as a woman in the restaurant business.

“When I was working at the Yacht Club, I used to have to deal with 32 men at a big oval table dur­ing a staff meeting, and it was just me and one another woman in the entire room,” Tario said. “I’ve had many challenges here working with companies, purveyors … they’re used to dealing with men.”

She believes, though, her success makes her an example to her fami­ly. She has five children, two girls and three boys. She said she has strived to make sure her restaurant’s environment is helpful with employees as they maintain a work-life balance.

For young women entering the workforce, she said that persever­ance is key.

“If you have a passion to do something, and you feel like you’re going to get shut down … don’t ever feel that way,” Tario said. “You have that fear inside of you, and I had it the day I took over [Du-par’s]. It’s scary. But you have the faith. We have a window of oppor­tunity, and you take that opportuni­ty. Don’t ever go back. Move for­ward. You make a mistake, you get up and you do it again until you get it right.”

Thanks to Tario’s steadfast, empathetic leadership, the legacy of Du-Par’s at the Original Farmers Market continues to grow and pros­per, as it has done since 1938. 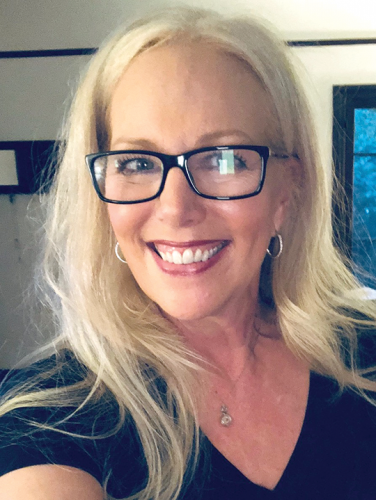 Lawrence Moore has operated her own marketing firm, Lawrence Moore Associates, Inc. for the last 12 years. A graduate of California State University of Sacramento, Moore focused her career on restaurant and hospitality early on, working with the Four Seasons Hotel in Beverly Hills and the CHAYA Restaurant Group.

Since launching her own firm, Moore has continued to work in the hospitality space, catering her business to unique clients working in the food and beverage industry.

“We are just food and beverages,” Moore said. “Which is how we got involved with Masters of Taste.”

After a hiatus due to the pandemic, Masters of Taste is returning better than ever, next month.

“You kind of reflect, and you see what’s important today and what changed in our values. I think being part of something where so much goes to so many others in need is an honor,” Moore added.

The success that Moore has had with her career and her public relations firm has not come without its unique challenges, especially when she was working within the male dominated restaurant industry.

“It made me have to work harder, but it also made me have to work smarter … being a woman you had to work tougher, and you definitely had to think like a man,” Moore said. “There were tools that I learned then, that not only helped me move up the ladder, they are all things that equipped me for what I do today, and it gave a confidence that I might not have had otherwise.”

And above all, Moore said that attitude is what counts.

“I think fostering a positive environment is important,” Moore said. “I think being nicer to each other makes women better at what they do. Being kinder, being supportive… just having a sisterhood… being positive and being nice can go a long way in the workplace.”