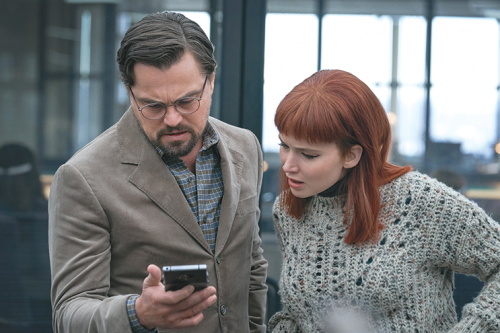 Leonardo DiCaprio and Jennifer Lawrence star in “Don’t Look Up,” which is nominated for an Academy Award in four categories, including Best Achievement in Film Editing. (photo courtesy of Netflix)

If you wanna know which film featured the best film score, now you don’t have to wait until halfway through the Oscars ceremony on Sunday. That one, along with several others, will be announced off camera prior to the main event. This truly is trite tactic to temper a torturous tenure annually. (I discussed this in last week’s column.)

It shouldn’t come as a shock. The industry doesn’t seem to care much for those scores lately. More than a decade ago, original orchestration took a weird turn. The Guardian’s Tom Service notes the problem, criticizing 2008’s “The Dark Knight.”

“Hans Zimmer and James Newton Howard’s music, I thought, got mired in a single idea, an obsessively repeated minor third, that gloomy interval of impending doom, but could not generate any real tension or dramatic counterpoint with the onscreen action,” he wrote in 2009. “It’s a pity, given the complexity of drama and ideas in both films, that the music didn’t add to the experience.”

On the YouTube channel Every Frame a Painting, Taylor Ramos and Tony Zhou (Netflix’s “Voir”) also date the problem back to 2008, specifically criticizing Marvel Studios films for employing simple moods, white-noise ambiance and copying other films in a practice called temping, placing a temporary track over a scene mimicked (legally) by the current composer.

Such things are common across blockbusters, Ramos and Zhou argue, easily found in the likes of “Transformers: Revenge of the Fallen,” “300” and best pic nom “Mad Max: Fury Road,” whose score often appears on many “best of the 2010s” lists.

They even ask passers-by in Sydney to hum memorable themes from popular franchises like “Star Wars,” “Indiana Jones” and “007.” No one recalls a Marvel theme. We sure know the classic “Superman” one and Danny Elfman’s iconic Batman theme from 1989.

Why do the Oscars and, frankly, major filmmakers care so little for those big, bold instrumental melodies we can’t help but croon? It’s hardly one thing, instead something systemic, an old song familiar across the industry.

Ever heard the cliche number about film editing? Apparently it works best when it goes unnoticed. Tell that to “Memento,” nominated in 2001. Whoever drummed up that ditty seems to believe modern scores shouldn’t be either.

That makes contemporary ruptures so memorable. “Annihilation” hardly embarks upon new terrain until the climax, featuring something so off the wall, so original, it remains one of the best audible moments on screen in the last decade. 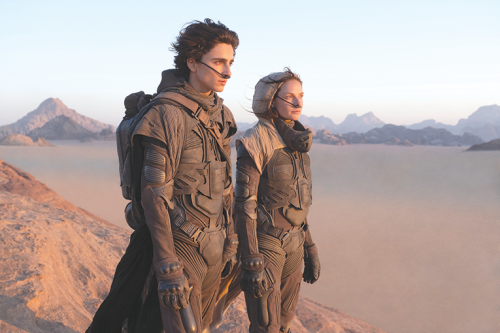 And the last new franchise to present a main theme that sticks doesn’t emerge from a major live-action flick (though the “Avengers” theme finally took center stage come “Endgame”) but a 2010 animated feature from DreamWorks, “How to Train Your Dragon.” Not counting franchises with long histories that can get away with memorable tunes, that’s a major drought.

They aren’t gone though. The big money just goes elsewhere. In some instances, score emphasis has moved to indie flicks. “Beast of the Southern Wild,” “The Last Black Man in San Francisco” and “A Ghost Story” favor mood interpreted by music free of words sung or spoken to explain what spectators should feel.

Such moments feel like a throwback to classic cinema’s close ties to live theater. Before a single frame graced the screen, an overture set the tone. Even Disney’s sci-fi flop “The Black Hope” sports a two and a half minute one you can enjoy on Disney+ right now.

While norms have changed, one positive has been the growing ways composers creatively invent unique sounds. Look up “The Nightmare Box” right now to witness the birth of tactically eerie sounds. Or watch “Score: A Film Music Documentary” to scratch any curiosity itch you might have about how much work goes into the entire process.

If you want to hum something, you have plenty of classic films and current TV series, while film music now mostly relies on mood and, sometimes, filler. The 2022 noms are half-and-half on this one, though “Dune” and “The Power of the Dog” present some truly remarkable moments. Too bad nobody gets to learn more about them since the Oscars, and the picture business, don’t seem to care that much in public or during the production process.