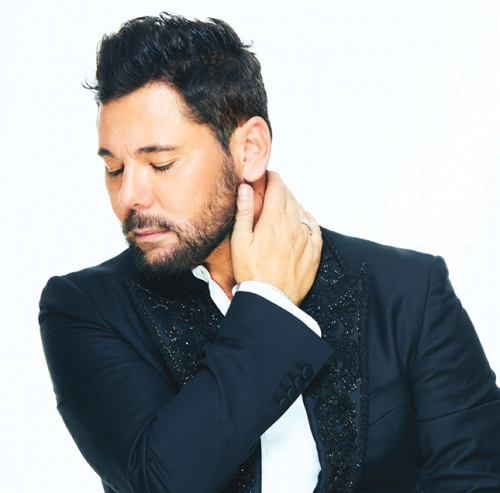 Kala Koa Entertainment and the Los Angeles International Flamenco Festival present Miguel Poveda, one of the most respected flamenco singers in Spain and around the world, in his Los Angeles solo debut on Wednesday, April 13, at 8 p.m. at the Wilshire Ebell Theatre.

Considered a musical genius for his nuanced and soulful voice, Poveda is unrivaled in the world of flamenco. Possessing a strong technique and a charismatic stage presence, his concerts are inspired musical events.

For his long-awaited Los Angeles solo debut performance, Poveda will take the audience on a tour of the traditional musical forms of flamenco, from the cheerful malagueñas and alegrías to the sorrowful seguirillas and soleás. Poveda will also share his personal connection to the music.

The artist was recently honored for Best Flamenco Album by the Odeón Awards for Diverso, which celebrate Spanish music in a wide range of categories and musical genres. Poveda has been awarded numerous prizes during his 30-year career, including the 2007 National Music Prize. At the age of 45, he has released 10 studio albums. His latest work, “Enlorquecido (Mad About Lorca),” is inspired by the poet Federico García Lorca and reached No. 2 on the charts dur­ing the second week after its release.

The Wilshire Ebell Theatre is located at 4401 W. Eighth St. Tickets start at $35. All attendees must show proof of full vaccina­tion against COVID-19 or a neg­ative viral test result prior to entry. For tickets, call (800)595-4849, or visit kalakoa.tix.com and laflamencofestival.com.

Join the L.A. Zoo for an African adventure