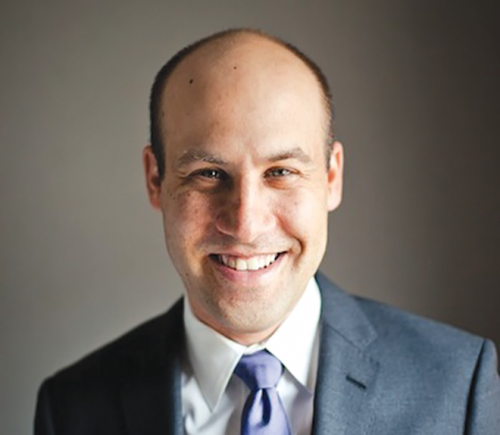 As a member of the Mid City West Neighborhood Council for nine years, Scott Epstein helped organize local beautification efforts, a community response to homelessness and projects aimed at making streets more pedestrian and bicycle friendly. After joining the council in 2012, Epstein was elected by fellow council members seven times to serve as Mid City West’s chairman from 2014-21.

Now, Epstein is running for the open 5th District City Council seat. Councilman Paul Koretz will be termed out in 2022. A Carthay Square resident who previously lived in the Fairfax District for 14 years, Epstein said he is intimately familiar with issues affecting the local community. As a public policy analyst for the University of California Los Angeles, Epstein also has experience in addressing issues from a broader perspective. He launched his campaign in late 2020 and is engaging constituents leading up to the June 7 primary election.

“We knew we wanted to [announce] early to build momentum, and I had been planning this for quite some time,” Epstein said. “I am a grassroots candidate, so momentum and time to grow is important. It’s really a very clear line from the issues I worked on and made substantial progress on as chair of Mid City West to the issues that are the prime focus in our campaign. The big three issues to me continue to be ending homelessness in a compassionate way, addressing affordability in our city comprehensively and taking local action on climate change, in particular, building a multi-modal transportation system for our city.”

“This has been a problem decades in the making,” Epstein said. “We do need a service approach that meets the individual needs of all populations. But what I think is clear from research, and what makes L.A. so different from many other cities in terms of the scale of the problem, is our housing crisis. Our housing and homeless crises are inexplicably linked, and we will never solve homelessness if we don’t solve housing.”

Epstein said he will focus on ways to create more affordable housing for low-income residents to ensure they do not fall into homelessness in the first place.

“On the housing front, we need to be moving faster on both temporary arrangements and permanent supportive housing. On the temporary side, that could look like Tiny Home Villages, safe parking, safe camping,” Epstein said. “I think we also need to be much more creative in how we construct and site these projects. We need to be using innovative methods that are cheaper.”

Epstein said one way to potentially add more housing stock quickly is to reduce parking requirements for new buildings, which drive up costs. Developers could build projects with less parking more quickly and at a lower cost. He said changes to city regulations and requirements, as well as zoning, could be an important part of the solution.

The candidate added that he is focused on transportation, and envisions a system in which cars, bicycles and pedestrians each have a stake. As chair of Mid City West, he helped create a bikeway along Rosewood Avenue that provides a safer alternative to major streets.

“On the transportation front, we need to do a number of things. One is, we’re spending a lot of money on big projects, rail projects like the Purple Line Extension, like the Sepulveda Pass Transit Corridor. We need to make sure we do them right,” Epstein said. “For example, with the Sepulveda Transit Corridor, there is a proposed alternative that doesn’t even serve UCLA directly. That’s crazy given that UCLA is home to tens of thousands of transit-reliant students and is the second largest employer in the county. We need to be smarter about resources we are already committed to spending.”

There is a lot of work necessary on surface streets to accommodate all types of users, Epstein said.

“That looks like a robust bikeway network that feels safe for anybody, whether you’re age 8 or age 80,” he added. “That would be protected bike lanes, neighborhood greenways like the one I founded through Mid City West with traffic calming on side streets. And then, we also need infrastructure for buses.”

Epstein said what differentiates his campaign is public engagement, and residents can expect more of that in the coming weeks.

“We’ve been trying to model what council leadership should look like before we are in City Council,” Epstein said. “I believe council members should be in the community talking to regular people, not just in back yards raising money from rich folks.”

Epstein said if he is elected councilman, he will continue bringing people together.

“Based on my decade of community leadership, one of my main observations has been that our failure to make progress in L.A. is not for a lack of resources or smart people or good ideas, it’s from a lack of political will and skill in bringing communities along and building coalitions for change. That’s a skillset I think I uniquely have in the field and I think it is a uniquely important one for the political moment we are in right now.”