In honor of Women’s History Month for the next few weeks we will profile some of the dynamic women who make significant contributions to our community and help turn the wheels of progress. 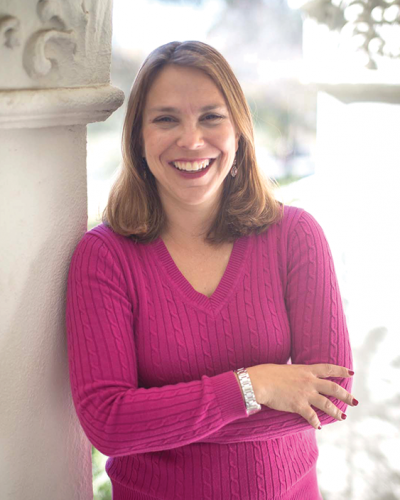 Ilysha Buss is the director of marketing at the Original Farmers Market on the corner of Third Street and Fairfax Avenue. She joined the company in 2006 and works with the marketing and tourism initiatives. A native of Tucson, Arizona, Buss received her bachelor’s degree in public relations from the Annenberg School of Journalism at the University of Southern California. Prior to joining the Farmers Market, Buss worked with Omnicom public relation firms and was responsible for handling the Muppets Holding Company LLC.

At the Farmers Market, Buss developed and implemented the 75th anniversary campaign, which was recognized by the California Travel and Tourism Commission with the organization’s Award of Excellence. She works with licensing and branding activities for the company, including a successful partnership with Los Angeles International Airport, which has brought the iconic Famers Market to travelers passing through LAX through a retail location.

Buss resides in Burbank with her husband, Eric, and her 10-year-old son, Dimitri.

She works with the market merchants on a daily basis. Buss is proud of the strong contingent of female store owners within the Farmers Market, which has a long history of supporting women. The first merchant at the venue was actually Blanche Magee in 1934, founder of Magee’s Kitchen, which operates to this day.

“Our female business owners are very strong,” Buss said, “They run some of the high-profile businesses at the market.”

Buss said the Farmers Market is a “family friendly” workplace that encourages a sense of community.

“I think it’s great for my son to see me in this role,” she said. “He’s grown up at the Farmers Market since he was a baby, and he understands how hard we all work to ensure that all of these small businesses are successful and that other families can make a livelihood in it. So, it’s just really a lovely circle of girl power.

“I am very grateful that I have grown up in an era and nation where I was encouraged to pursue my education and the career of my choice, while also seeking personal fulfillment as a wife and a mother,” Buss added. 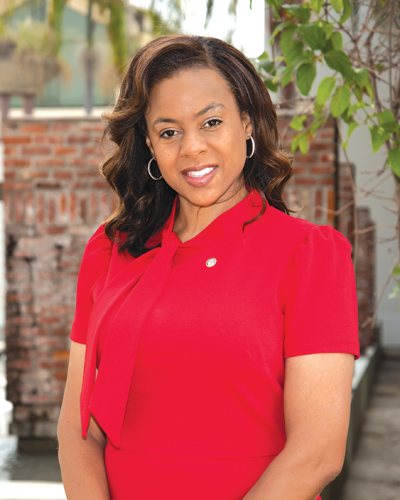 Capri Maddox is the executive director and general manager of the Los Angeles Civil and Human Rights and Equity Department. Appointed in February 2020 by Mayor Eric Garcetti, Maddox is the first person to serve in the role. She works to address systemic racism and bias across all areas of education, employment, commerce and housing. She works closely with the Commission on Civil Rights, the Commission on the Status of Women, the Reparations Commission and the Human Relations Commission, leveling the playing field for underserved communities.

Previously, Maddox was a senior advisor to City Attorney Mike Feuer. While there, she helped to acquire $43 million in resources for students at the Los Angeles Unified School District. She also managed 5,000 employees and an annual budget of $1.8 billion as the president of the Los Angeles Board of Public Works.

Maddox holds a Bachelor’s degree in criminal justice, as well as a master of science in public administration degree, from California State University, Los Angeles. She continues to work as a mentor to students at different universities, including her alma mater.

Maddox is also on the board of trustees for Southern California Public Radio, and she is an active member of First AME Church, Los Angeles, along with her husband, Kerman, and her 15-year-old son.

As a Black woman raised by grandparents and family members in the Los Angeles area, Maddox credits community support for helping her achieve so much success in her career. She notes that, over the years, when she has been in a room with people who perhaps came to their positions through various privileges, she has felt a keen sense of responsibility and accomplishment.

“Whenever I’m in an environment where it appears that I am underrepresented, I know that I overcompensate with a great deal of confidence. Because I know that it took a lot more for me to get here to this room, compared to some others that may be in that space,” Maddox said.

“I find living in this skin as a woman … I find it very empowering to know that I’ve made it to certain levels without some of the advantages that may be afforded to others who may share the same space as me. It is a unique privilege for me, with the background I have, to be in the civil rights department at such a time as this,” she added. 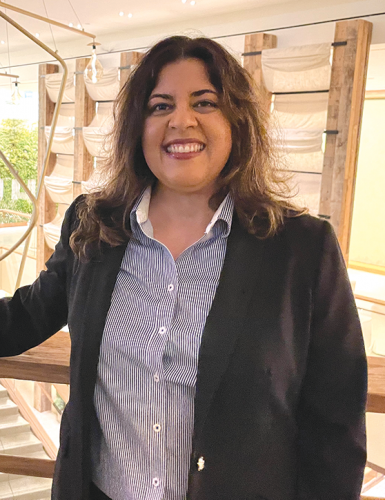 Mayor Pro Tempore Sepi Shyne was elected the first woman of color to the West Hollywood city council in November 2020 as the first LGBTQ Iranian to be elected anywhere globally. Shyne earned a bachelor’s degree at San Jose State University with a double major in accounting and management information systems. She went on to receive her juris doctorate from the Golden Gate University School of Law.

Prior to her election, Shyne served on local boards and commissions, including the city of West Hollywood’s Lesbian and Gay Advisory Board, the LGBT Bar Association of Los Angeles and the Human Rights Campaign. She also serves on the advisory council for the Los Angeles Court Assessor.

Shyne could begin her tenure as mayor of West Hollywood in December, when the City Council will vote on its selections for mayor and mayor pro tempore. Her trailblazing role, Shyne said, has been challenging but rewarding.

“I was thrilled to get elected to West Hollywood City Council in 2020, ushering in our first female majority. In my first year, I passed close to 40 items at council,” Shyne said.

But she added that there is still much work to do within the community.

“Women from the community have expressed to me that they need more protections against sexual assault as well as needing to feel safer, and share their own experiences with misogyny in West Hollywood. As we know, given the attack on a women’s right to choose, the fight for women’s rights and dignity is far from over. This is why it is so important to celebrate Women’s History Month and highlight the incredible contributions of women,” Shyne said.