As Women’s History Month comes to a close, we profile three more of the dynamic women who make significant contributions to our community and help turn the wheels of progress. 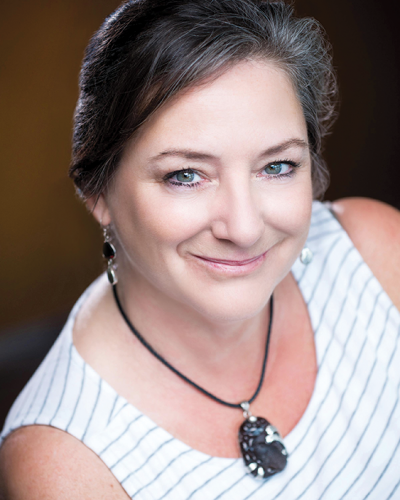 Genevieve Morrill has had far from a traditional career path, but she has risen to hold one of the most important positions in West Hollywood’s business community. Morrill is the president and CEO of the West Hollywood Chamber of Commerce. She believes her diverse background has allowed her to adapt and excel in a community that is constantly evolving.

“My parents were sort of existentialists,” Morrill said. “They got involved in a religious organization in the 1960s that was for church renewal and community development. My father wanted to change the world.”

In 1968, Morrill and her family moved to Chicago, living in an old seminary. It was during the Chicago riots, and guards walked her to school every day. While the group had a Christian background, the work to develop and improve communities was non-denominational. Her five-person family lived communally on a supplementary salary of $5,000 a year.

When she was 13-years-old, Morrill was sent to live with other community members in other organization houses across the world. By the time she was an adult, she had lived in Japan and England, among other places.

Morrill’s upbringing gave her a cross-section of societal and cultural experiences, which she believes uniquely positioned her to lead in the world today.

Morrill has been an Angeleno since 1994, when she started working on a contractual basis for the Los Angeles Convention and Visitors Bureau, specifically through a project called “Pride of Place.” The public service announcement aimed to reestablish community morale following the Northridge earthquake, the Los Angeles riots and other tumultuous events during the early-to-mid 1990s. From there, the bureau kept hiring Morrill for project after project.

“After that, my name was out there, and I didn’t have to apply for many jobs after that,” Morrill said.

She later was integral to the success of the Pacific Design Center. As their vice president of marketing, she worked to the bring the building from 10% to 90% occupancy. She was later promoted to vice president. Along the way, she joined the board of the West Hollywood Visitors Bureau, the West Hollywood Library Foundation Board and the city’s chamber of commerce.

The West Hollywood Chamber of Commerce worked for years to recruit Morrill to lead the organization.

“At that time, the chamber was struggling, and they sat me down and asked me if I would take the job, and I told them ‘no’ four times, and here I am … 12 years later,” Morrill said.

Morrill managed to turn around the financial fortunes of the chamber, taking its numbers out of the red and into a surplus.

“Within two years, I brought it into the black with a reserve,” she said. “To this day, it has more money than we have ever seen.”

Since the pandemic, Morrill has managed to evolve the organization even further, establishing a work-home hybrid that she believes has increased the productivity of her staff.

“The most rewarding [experience] I’ve ever felt is during the COVID period,” Morrill said.

During the pandemic, many small business owners were in dire straits, and the work of the chamber became all the more important.

“It’s a [whole new] thing to have a woman and her son who just invested their life savings in a tea shop up on Sunset who are going to be homeless within two months,” Morrill said, giving one example of the situations people found themselves in during the pandemic.

“It’s put more urgency to what you do, and why business is important,” she added.

In addition, the chamber began reorganizing how its employees handle their jobs. Even as the world has returned to a sense of normalcy, Morrill has allowed for a hybrid home-office work style to remain.

“We have to learn how to be adjustable for human beings, and how do we help make it more productive,” Morrill said.

“I think I’ve finally, after all these years, gotten there … to a place where I feel like I’m learning,” she added. 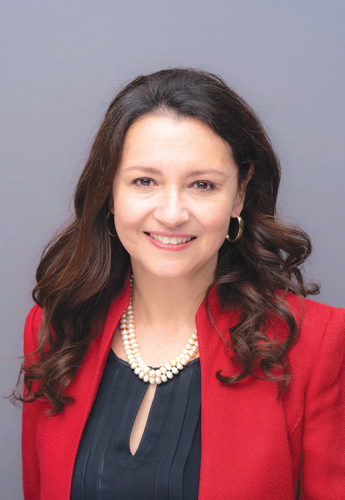 When Diana Vesga left Colombia to study in the United States, she had no intention of breaking new ground, but her path led her to the Los Angeles County Museum of Art. There, she has become one of the few women to hold a chief operating officer position among the top art museums in the country. Vesga understands the importance her unique perspective has at LACMA.

“As a woman, a Latina and an immigrant, I bring a diversity and richness of experiences that allow me to understand our employees and our audience and community from different points of view, which greatly adds value to my work,” Vesga said. “This is even more critical in today’s environment.”

Vesga was the first woman in her family to leave not only her home country, but also the family home before marriage.

“I am a trailblazer and didn’t even realize I was when I was doing it and coming to study in the U.S.,” she said.

Prior to joining the museum in 2014, Vesga worked in finance, holding positions as an investment banker at Goldman Sachs, a senior executive at Univision and in private equity.

LACMA provided Vesga the opportunity to combine her professional background with her longtime passion for the arts, which has been engrained in her since childhood.

“I grew up in a family of artists and art leaders. My mother was the CEO of Bogota’s Philharmonic and a cultural leader in Colombia, [and she] was also the founder and conductor of a prominent chamber choir. My dad, a tenor, sang at the opera, and my brother is an actor,” Vesga said.

LACMA has experienced a tremendous period of growth since Vesga joined, and her role has put her at the center of the museum’s expansion.

“I am very proud of our new building project. [It] sets up a new paradigm where all cultures are embraced, valued and celebrated in a single horizontal exhibition level. It embodies equity, diversity and, with its entire perimeter in glass, it embodies transparency and accessibility. Creating a roadmap for making it happen, working closely with our extraordinary finance committee of the board and our CEO and in close collaboration with the county, is a great accomplishment for the museum and for L.A. County,” Vesga added.

She said she believes that cultural institutions allow women a chance to use and apply skills and talents to achieve a civic vision.

“The impact of what you do is huge. You can see it in the community. You don’t need to have an art history background or specific studies in cultural administration. You can leverage your background in many fields to contribute to the cultural field,” Vesga said.

But no matter how difficult the tasks may get at LACMA, she always keeps her family front and center.

“My schedule shifts frequently depending on changing priorities of each day. I start early and work late, but always make time to drop off my teenage son at school each morning and manage my meetings to have dinner with my family and put my little one to bed each night. Then, I can go back to finishing what needs to be done for work,” Vesga said. 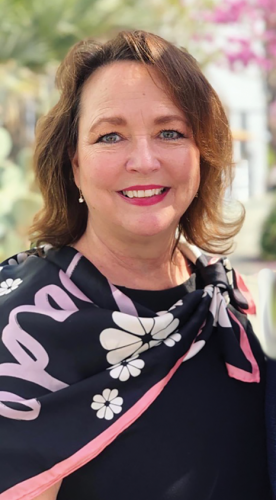 Karen Villalpando and her husband Michael have been familiar names and faces in the community for 32 years. Originally from Alton, Illinois, Karen Villalpando graduated from the University of Missouri, Columbia, School of Journalism and upon graduation immediately took a position at the Los Angeles Daily News. It was here that she met her husband, and in 1990 the couple took a leap of faith and bought the Park La Brea News and Beverly Press.

“The opportunity has allowed me to really get to know people in this community … to know not just the politicians and the city officials, but to the know the people who live and work here and their contributions to the community,” Villalpando said. “One of the things I strive to do every single week is to not just report accurate, unbiased news, but also to tell the stories of the people who make up this community.

“People like Joan McNamara of Joan’s on Third, chef Nancy Silverton of Mozzaplex and the Barish. And then the behind-the-scenes people like Joyce Klefield at the Wilshire Rotary Club of Los Angeles and Dana Beesen, the communications and marketing coordinator for the city of Beverly Hills,” she added. “There are lots of individuals who quietly go about their duties and don’t necessarily get the recongition they deserve.”

For Villalpando, the Beverly Press gives her the unique opportunity to make an impact.

“As my friend Chris Erskine says, newspapers are the acoustic guitars of journalism. We’re not blaring it from the rooftops. We are finding our way into your home every week, whether you’re reading us online or in hard copy. It’s an important, and approachable way to learn about your community,” she said.

Villalpando believes that it is essential to have women’s voices at the heart of news media.

“Because it ain’t just a man’s world, baby,” she said. “Too often society may tend to think a man’s voice is more important or powerful, when in fact it’s not. It’s equally women and men.”

It hasn’t always been easy to manage the work-life, Villalpando added.

“I was a working mom with children in day care, and I remember driving 80 mph on the freeway to pick them up on time. And sometimes I was late, but I always managed to have a family dinner nearly every night, where we all sit around the dining room table and talk about our day,” she said. “And now I am proud to say I have two very successful adult daughters.”

Through the years Villalpando has employed many aspiring journalists at the newspaper, some of whom have gone on to work for such outlets as the New York Times, the Wall Street Journal, Men’s Health and on the White House press corps.

“I take a lot of pride in helping mold and mentor young writers to make them become better journalists,” Villalpando said.

Ultimately, Villalpando sees herself as having a unique responsibility.

Community mourns passing of ‘The Engineer’