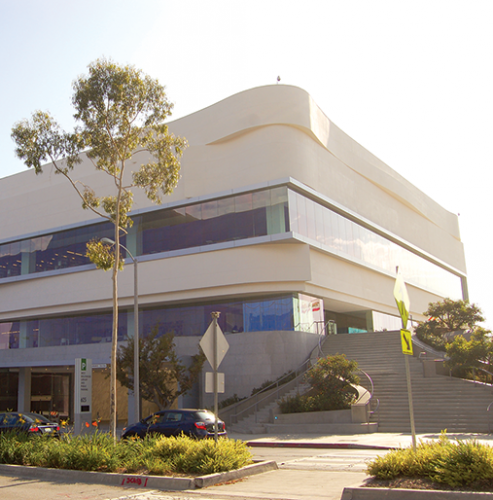 The West Hollywood Public Facilities Commission recommended to the City Council on Feb. 7 that the West Hollywood Library not be named after the late Supreme Court Justice Ruth Bader Ginsburg, citing a “lack of public consensus and support.”

In December 2020, an initiative was put forward requesting the West Hollywood Library be renamed in honor of Ginsburg. After making it through many of the initial stages of the renaming process, the city created an online survey in July 2021 to gauge the level of interest residents had in renaming the library after the former justice. The survey found that 54% of respondents were not in favor of the renaming. Additionally, community boards and commissions were polled with a majority voting in favor of the renaming. The Public Facilities Commission held a public hearing in January 2022 in which most of the public comment opposed the naming request, with most preferring either to keep the current name or to name the library after a local figure.

While she accepted the response of the public, Mayor Pro Tem Sepi Shyne raised questions about the method by which public opinion was gauged.

“The survey that was taken is a survey that is not professional, anyone could take it multiple times a day,” Shyne said. “The majority of boards and commissions that voted were in favor. I don’t think we should do surveys that are not professional surveys. They distort information and it just doesn’t make sense to base our decisions on [them].”

To combat the lack of faith in the surveys and the apparent clash of public interest, Shyne proposed a motion in which the West Hollywood Library retains its current name, but city staff work with the library to have a room named after Ginsburg.

“I do agree that any survey that we do from now on should be a statistically valid survey done by a professional market research company or polling company,” Meister said. “There’s just too many things that people could do to skew the results one way or the other.”

Councilwoman Lindsey Horvath added that the room in the library named after Ginsburg should be granted funding to “talk about women’s studies, gender studies, gender and the law and any number of resources in that room to continue to make it a destination.”

Councilmember John D’Amico agreed with the motion and expressed disapproval of the public’s reaction to the potential name change.

“The sort of misogyny that went through the community and the suggestion that [Ginsburg’s] amazing work is not alive in each one of us in this city existing because of her decades and decades of commitment is wrong,” D’Amico said. “I’m disappointed. I think we make big moves and sometimes we get it wrong and sometimes we get them right. This was a big move we were going to get right.”

While every council member agreed with Shyne’s motion, City Manager David Wilson noted that the process for naming a room in the library is similar to that of naming a building and that the council should expect to return for consideration of the item at a future date.