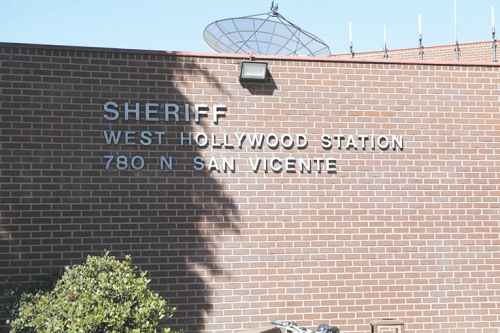 The expansion of a Metro service yard prompted a discussion on the future of the existing West Hollywood Sheriff’s Station. (Beverly Press/Park Labrea News file photo)

The West Hollywood City Council approved an item at the Feb. 7 meeting that will direct city staff to analyze the potential to temporarily or permanently relocate the city’s sheriff’s station. The prospective relocation comes as an effort to expand the Metro Division 7 bus yard and rail station located next door to the sheriff’s station at 8800 Santa Monica Blvd.

The analysis will include possible sites for relocation, costs and financing, development and ownership, minimum square footage requirements and components and amenities that need to be included in a new station.

Councilman John D’Amico voiced opposition to the prospect of relocation.

D’Amico also opposed the proposal regarding its funding.

“It is a county site, a county property, I think the county needs to pay for that,” D’Amico said. “If there is some idea that West Hollywood should be on the hook for a county building that provides county services that the city pays for, I can’t support that and I don’t think my colleagues should either.”

Further discussion on the topic will be held at a future city council meeting following the completion of the city staff report.

O’Farrell welcomes residents in a new corner of his district