Volunteers fan out to count people who are unhoused 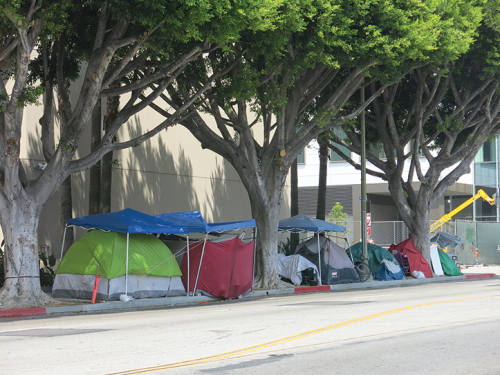 The Greater Los Angeles Homeless Count will help authorities determine where resources are needed to move people off the streets and into housing. (Beverly Press/Park Labrea News file phot0)

Despite some of the coldest temperatures of the year, thousands of people are canvassing neighborhoods throughout Los Angeles County and counting people living on the streets during the 2022 Greater Los Angeles Homeless Count.

It marked the first time since 2020 that the Greater Los Angeles Homeless Count was conducted. The count was not held in 2021 due to the COVID-19 pandemic.

“The data from this year’s count will help us understand who our unhoused neighbors are, their needs and the programs we need to continue to build to support them getting rehoused,” Marston said. “Homelessness is a humanitarian crisis, and truly addressing it means that all of us need to commit to the same unprecedented coordination that we brought during the pandemic. We can do that by working together to strengthen our social safety net systems and by remaining steadfast in creating the hundreds of thousands of affordable homes necessary to meet L.A. County’s needs.”

“This is really about … making sure nobody is left behind,” Garcetti added. “These aren’t just statistics, these are stories. Not just numbers, but narratives, our flesh and blood and often our own families, our neighbors, people we knew that we went to school with, people who we worked with, people who are down on their luck and are in the toughest and most traumatic places.”

The 2020 homeless count found that approximately 66,400 people in Los Angeles County were unhoused. Marston did not venture to estimate what LAHSA believes the number will be this year, but was hopeful it will be significantly lower based on shelters and housing being created during the past two years. Data from the 2022 count will be shared with the United States Department of Housing and Urban Development, and the numbers will be publicly released in June, Marston said.

Kuehl said the count is an important measure of the county’s success in addressing homelessness and will help gauge what more needs to be done. She said it is particularly important this year after the pandemic.

“This year’s count carries a sense of special anticipation because we haven’t been able to conduct one for the last two years. In addition, the visibility of street homelessness has brought a pervasive sense that we have lost ground,” said Kuehl, 3rd District. “I know everyone is frustrated that we haven’t found enough housing for all those who have lost theirs, but thanks to all the great homeless count volunteers, we will soon have a more accurate measure to help us. Regardless of what we discover, we will always strive to do more and do better.”