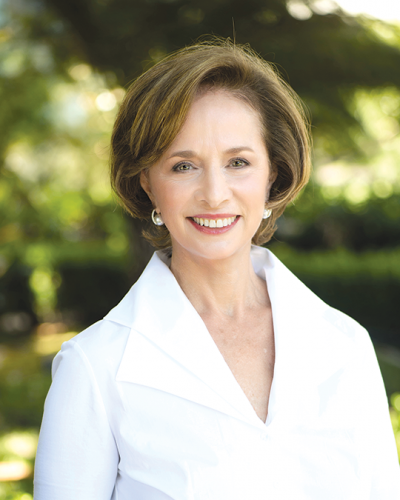 Just in Case BH founder Vera Markowitz has experienced plenty of success in her professional career, and she is hoping that will continue with her bid for one of the three open Beverly Hills City Council seats.

Mayor Robert Wunderlich and Councilmen John Mirisch and Lester Friedman are up for re-election, and Markowitz joins four other candidates looking to unseat an incumbent in the June 7 Primary Election.

“There are so many different problems in the city, and at this point, if we don’t make these problems get better, I don’t know if [the city] will ever recover,” said Markowitz, who has lived in Beverly Hills for more than 50 years.

“I don’t know if people are even aware of it,” she said, adding that the city could bolster its reserves in a lot of areas – specifically in the hills – to alleviate the issue. “We haven’t utilized those areas.”

Markowitz said the general plan update is “critical,” as it will guide development in Beverly Hills for years to come. She also referenced the city’s wastewater treatment plant.

Markowitz has never held an elected office, but she has been involved in civic matters in Beverly Hills for several years. Prior to founding Just in Case BH, an emergency preparedness program, she spent several years advising the City Council on issues with the Beverly Hills Police Department, which was inundated with lawsuits at the time.

“Fifty of the best [police officers] left. … The damage that was done at the time is still not recouped,” Markowitz said.

“It is one of a kind,” she said. “It’s not been done anywhere in the country as to the extent that we have done it. We have a manual that’s going to be going out very shortly to every single resident, and I thank the council for supporting the program. Every single resident will get a manual telling them what to do, where to go, what services are available and, in general, what they have to do in a large emergency. … We’re also developing a real-time app so people get information as it’s happening, as opposed to everyone calling the police department or fire department constantly. It’s quite close to being all formulated and ready to go.”

Markowitz said she feels confident that her civic experience and volunteerism will serve the council well.

“I have to tell you, I am one of these passionate people,” she added. “I feel that, if I make my environment better, it’s better for everyone.”

Markowitz said council members – with the exception of Bosse – have shown “an inability to govern well” in the past.

“I’m working to improve the quality of the city and city services,” she said. “There are so many different issues. The infrastructure is very archaic, and we all have to work together to update our city and make it the great city that it once was.”