Cause of death pending after actress’ body is found 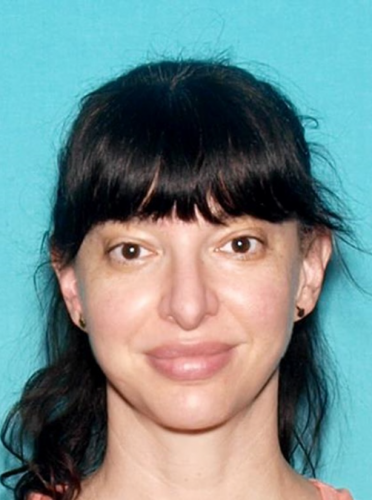 The Los Angeles County Office of Medical Examiner-Coroner is investigating the death of a missing actress whose body was found in a vehicle on Feb. 18 in the 7500 block of Franklin Avenue, near Runyon Canyon Park.

Authorities do not believe foul play was involved, and the case is currently considered a death investigation, said Detective Omar Franco, with the Los Angeles Police Department’s Missing Person’s Unit. Franco said the victim, Lindsey Erin Pearlman, 43, was reported missing on Feb. 13 by her husband, who told police she was despondent. Patrol officers from the Hollywood Division found Pearlman’s body in her parked car at approximately 8:30 a.m. on Feb. 18.

Because there was no evidence of foul play, the case was referred to the coroner’s office for an investigation, Franco said.

The Los Angeles County Office of Medical Examiner-Coroner conducted an autopsy and the findings were inconclusive. The cause of death was deferred until further testing is completed, spokeswoman Sarah Ardalani said.

Pearlman appeared on television shows including “Empire,” General Hospital,” “Chicago Justice” and “Vicious.” She was last seen around noon on Feb. 13 in the 1600 block of North Mariposa Avenue in East Hollywood, police said. Anyone with information is urged to call the LAPD’s Missing Person’s Unit at (213)996-1800.

BHPD searches for suspect in burglary at COVID testing site