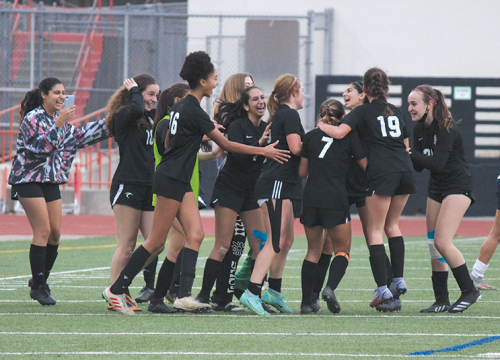 Junior captain Katrina Chong scored 3 goals and BHHS shut out Leuzinger to win the Ocean League championship for the third time in the last four years. With her 26th, 27th and 28th goals, Chong is now the BHHS girls soccer single-season record holder for goals scored in a single season. The record was 26, which was set in 2011.

The team honored its seniors in a ceremony before the match. The seniors were Celine Shadgoo, Tess Cuen, Talia Sarraf, Stephanie Lujan, Ella Revivo, Mimi Kessler and Kate Chung.

The Normans, coached by Ryan Franks, finished the regular season at 11-3, including 10 consecutive shutouts, and will likely host a CIF first-round match on Feb. 12.