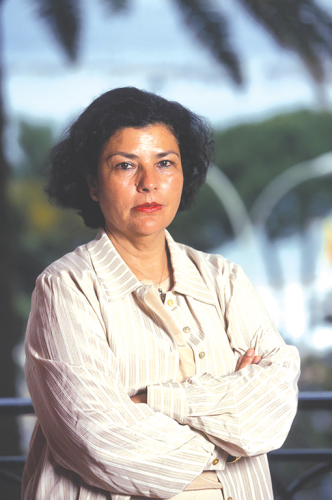 The Academy Museum will be showcasing the works of filmmaker Moufida Tlatli on Feb. 19. (photo by Getty images)

“Weekend With…” is a series run by the Academy Museum that offers audiences the chance to dive deep into the work of a filmmaker, an actor or a key creative over the course of one weekend.

In 1994, longtime film editor Moufida Tlatli made her directorial debut at Cannes with “The Silences of the Palace.” The film won over audiences and critics on the festival circuits, garnering a Cannes Caméra d’Or Mention d’honneur and the FIPRESCI Prize at the Toronto International Film Festival and went on to have limited theatrical runs in both Europe and North America. Despite these successes, the film remains largely unscreened. What should have been a widely celebrated classic was never given the platform it merited. While Tlatli went on to make two more features, “The Season of Men” and “Nadia and Sarra,” that Tlatli isn’t more broadly celebrated is emblematic of many issues within the film canon: being both a woman and Arab, her work has been designated as “niche.”

Her films bear the specificity of the stories she was telling — those of women in the Arab world — but their artistry and themes also demand a reevaluation of what is considered “universal.” Poetically crafted and delicately acted, Tlatli’s films are an exploration of the human condition.

O’Farrell welcomes residents in a new corner of his district