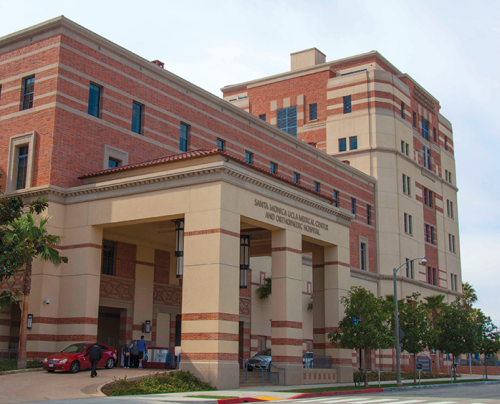 The West Hollywood City Council held a discussion with members of the medical community and law enforcement on Jan. 18 and considered an item regarding reporting and response procedures the city has on sexual assault.

The conversation mostly centered on reviewing the current methods and constraints that come from them.

Sam Torbati, head of the department of emergency medicine at Cedars-Sinai, began the discussion by explaining that, while the hospital will provide health services to anyone that comes in as a result of sexual assault, doctors and nurses cannot administer rape kits or any other forensic evaluations.

“This is not a doctor counseling a patient around antibiotics and things like that,” Torbati said. “The rape kit involves a very careful and cautious, two-hour exam where specimens are obtained, photos are obtained and the forensic information is gathered in a very meticulous fashion and is handed over to the authorities who then take it to the crime lab, process the information that is available to use at the D.A.’s office and prosecute the assailant.”

Torbati added that, in the past, Cedars-Sinai had a procedure for collecting forensic evidence, but that they no longer do so because of the risk of compromising materials.

“A test collection that we do at the bedside actually ruins the forensics,” Torbati said. “Police officials have told us, ‘This is a crime scene, you cannot do this incorrectly because if you don’t collect this information in the correct fashion, we’re not going to have the information that we need to make a criminal case.’”

Instead, Cedars-Sinai staff directs victims to the Santa Monica Rape Treatment Center, where the proper tools for proper specimen collection are available. The victims can either drive themselves to the center or the hospital can provide them with a police escort.

“They provide the initial assessment and the rape kit,” Torbati said. “What’s even more important is that victims of sexual assault, these patients require a tremendous amount of ongoing support and the rape treatment center helps with that.”

Councilman John D’Amico, who has previously worked with the rape treatment center, said the facility “doesn’t have a lack of capacity for serving the county.” It was a sentiment that was confirmed by Torbati, who added that sexual assault injuries make up less than 0.5% of all emergency room patients yearly.

Councilwoman Lindsey Horvath had questions for West Hollywood Sheriff’s Station’s Lt. Bill Moulder, who was in attendance, regarding the intricacies of providing female victims of sexual assault with a female deputy.

“Are there any protocols for determining whether someone is trans or gender-nonconforming?” Horvath asked. “I just want to make sure we are being inclusive of what that policy is intended to achieve.”

“No matter the gender of the victim, if we have a male deputy respond we’ll ask if they prefer a female deputy,” Moulder said. “Our objective is to make sure the victim feels as comfortable as possible telling their story to a deputy.”

Councilman John Erickson said an emphasis should be placed on educating the public about resources for victims.

“I’d be great if the city came back with a victims’ advocate resource group for our residents that works with and through the multiple bureaucracies we have here,” Erickson said. “I would like to see if direction could be given to explore the option [of creating a victims’ advocate resource group] because I think it’s another great resource we could provide to our businesses, our residents and our community to make sure they feel safe and know we’re taking these claims very seriously.”

Given the many components of the reporting procedures, D’Amico wanted to reemphasize the main objectives.

“Victims need to be believed and we need to work as hard as possible so they can find resolution,” D’Amico said.

At the discussion’s end, the council decided to return to the item at a later date with more reporting provided by city staff.

Astronauts touch base with WeHo students