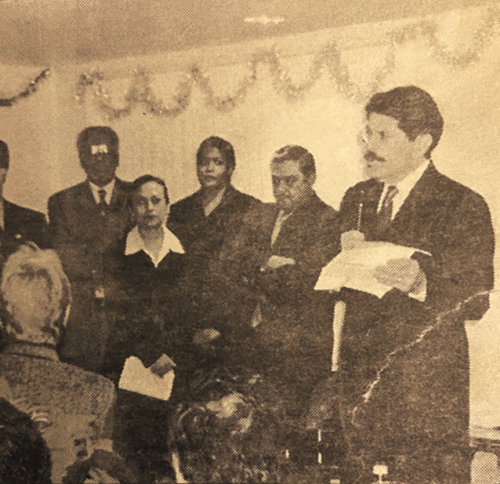 Former Los Angeles County Supervisor Zev Yaroslavsky, right, welcomed seniors back to their apartments in West Hollywood in this photograph in the Jan. 3, 2002, issue of the Beverly Press and Park Labrea News. The residents were displaced from a 126-unit building in the 900 block of Palm Avenue for 10 months in 2001 while damage from the Northridge earthquake was repaired. Yaroslavsky helped secure $2.7 million to restore the county-owned building, which provided housing for seniors on limited incomes, many of them members of the Russian-speaking community. In addition to Yaroslavsky, the rededication ceremony included then-West Hollywood Mayor John Heilman and former Councilmen Sal Guarriello and Jeff Prang, who now serves as Los Angeles County Assessor.