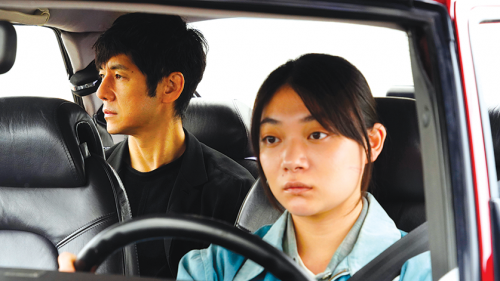 Director Ryūsuke Hamaguchi’s “Drive My Car” will be explored in a webinar being held by Japan House Los Angeles. (photo by Edwin Folven)

Japan House Los Angeles, a Japanese cultural destination at 6801 Hollywood Blvd., is holding “MA in Japanese Film: In Conversation with Film Director Ryūsuke Hamaguchi” on Tuesday, Feb. 1, from 5-6:15 p.m. It is the final webinar in the Rethinking of MA Webinar series.

Award-winning filmmaker Hamaguchi, whose film “Drive My Car” is under consideration in the Best International Feature Film category for the Academy Awards – joins series hosts Hitoshi Abe, of UCLA, and Ken Tadashi Oshima, of the University of Washington, in a conversation exploring the role of MA in Japanese films. The concept of MA, which roughly translates to “negative space,” evokes a deeper sense of a gap or pause that gives new shape and meaning to the whole. This seeming paradox is a core philosophy in Japanese culture, where absence can be as important as presence. Through the four-part Rethinking of MA series, Japan House explores the diverse ways MA is applied in art, architecture and food. In the upcoming webinar, Hamaguchi shares how MA is applied in his filmmaking.

“We’re honored to close out this four-part webinar series on the subject of MA in film with a renowned director,” said Yuko Kaifu, president of Japan House Los Angeles. Rethinking of MA has been captivating, with a host of guest speakers respected for their work in Japanese architecture, contemporary art, cuisine and now film.”

“MA in Japanese Film” takes place in partnership with UCLA’s Terasaki Center and xLab, and the University of Washington’s Japanese Studies program, in addition to promotional partners Asia Society of Southern California and Japan America Society of Southern California. The first three Rethinking of MA webinars are currently available for online viewing.