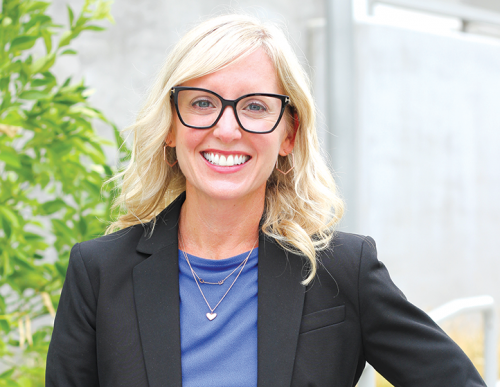 Jennifer Hark Dietz has been appointed as CEO of PATH and will help guide the organization’s efforts to end homelessness. (photo courtesy of PATH)

People Assisting The Homeless has announced that Jennifer Hark Dietz has taken the position of chief executive officer as of Jan. 1. PATH’s former CEO, Joel John Roberts, is now serving as CEO of PATH Ventures, the housing development branch of the agency.

Roberts served as PATH’s CEO for the last 25 years, beginning when the organization served Los Angeles’ westside with a 32-bed transitional housing facility and employment center. At the time, PATH had a dozen staff members and an annual budget of $500,000. Since then, the PATH family of agencies, which includes PATH, PATH Ventures and PATH Partners, has grown into a statewide homeless services and housing development agency serving nearly 20% of California’s homeless population.

“PATH has been a trusted partner during my time as mayor, building on its nearly four decades of leadership and incredible work to support our unhoused neighbors,” Los Angeles Mayor Eric Garcetti said. “Together, we’ve brought innovative solutions to this long-standing crisis, and I know that Jennifer will bring compassion and energy to the position of CEO.”

In her previous positions, Dietz managed the organization’s assets, directed mergers and acquisitions, analyzed risk for new projects and programs, and coordinated legal issues. Under Dietz’s leadership, PATH’s programs have increased by more than 20% each year. The organization has expanded operations from $15 million to $140 million annually, and currently provides service for 26,000 individuals in 160 cities statewide. Dietz also worked with PATH Ventures to expand its portfolio to 2,150 units completed or under construction.

Dietz is a licensed clinical social worker and longtime advocate for ending homelessness. Prior to joining PATH, she worked at the Greater Los Angeles Department of Veterans Affairs managing the nation’s largest program to help veterans and their families find supportive housing.