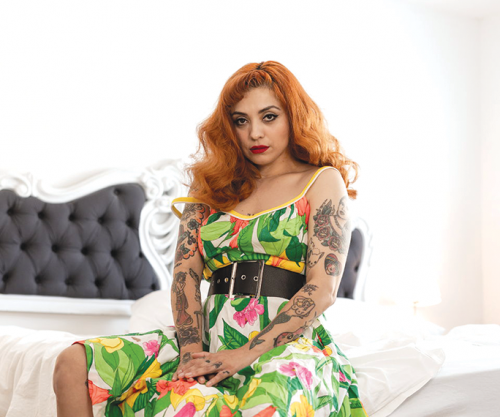 Chilean singer-songwriter Mon Laferte will perform on June 8 at the Walt Disney Concert Hall. (photo courtesy of the LA Phil)

The LA Phil has announced that singer and songwriter Mon Laferte has postponed her upcoming concert on Feb. 26 at the Walt Disney Concert Hall to June 8.

Laferte is one of the most revered, respected and beloved musicians in Chile. Her music brings together the musical traditions of her native country and those of Mexico, where she lives, with globally-minded pop. Her lyrics address issues facing women, people of color and the impoverished in Latin America. Defiantly outspoken, she’s also the winner of four Latin Grammys, including most recently Best Singer Songwriter Album, for her 2021 recording “Seis.” Written in the mountains of Tepoztlán, Mexico, and inspired by Mexican singer Chavela Vargas – whose songs freely celebrated love between women – and by 2019 protests against human rights abuses in Chile, the album was also nominated for a 2022 Grammy Award. Her most recent album, “1940 Carmen,” was released in October and is based on time spent in Los Angeles in early 2021.

Tickets for the original date will be valid for the new June 8 concert. The Walt Disney Concert Hall is located at 111 S. Grand Ave. For information, call (323)850-2000, or visit laphil.org.