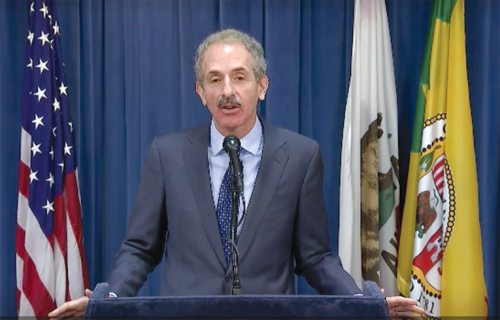 Los Angeles City Attorney Mike Feuer announced on Jan. 10 that his office has secured a $2.75-million settlement with Lear Capital, Inc., a Los Angeles-based gold and silver coin dealer, to resolve allegations raised in a 2019 lawsuit that Lear had engaged in unfair and deceptive business practices.

As part of the settlement, Lear is required to implement changes to its business practices, protecting consumers nationwide. Eligible customers can also receive restitution.

“This lawsuit was about trust,” Feuer said. “Lear Capital’s customers, in many cases elderly or inexperienced investors, were entitled to trust that significant chunks of their life savings wouldn’t be wiped out by astronomical fees. They were entitled to trust that their legitimate questions wouldn’t be met with threats or intimidation. But that’s what we alleged happened. Consumers deserve better. Now eligible customers will get money back, and future consumers will be protected.”

The lawsuit alleged that Lear Capital, located at 1990 S. Bundy Dr., Ste. 600 in West Los Angeles, routinely charged customers exorbitant fees for their investments under false pretenses. For example, the lawsuit alleged that Lear Capital promised customers that it would only charge a small fee for transactions, when in actuality Lear often collected a fee equaling 33% of the customer’s total purchase price.

The lawsuit further alleged that Lear Capital attempted to limit customer communications to phone only before purchases were finalized, thereby eliminating any paper trail of the allegedly misleading representations salespeople verbally made to customers.

Feuer said customers relied on Lear Capital’s verbal promises, and often only discovered the actual fee the company charged for transactions after it was too late. Lear Capital typically did not provide the specific terms of any transaction in writing until the customer had already paid. The lawsuit alleged that Lear Capital threatened customers if they went public about their complaints.

In addition to a $2.75-million monetary settlement, 90% of which will be devoted to restitution for eligible customers (the remaining 10% of which will go towards statutory penalties), Lear Capital must change how it conducts business. When obtaining a customer’s verbal consent to proceed with a transaction, Lear Capital must inform the customer of their right to cancel a transaction, without penalty and for any reason, within 24 hours of receiving the written invoice. Additionally, the invoice must clearly and conspicuously state the actual fee Lear is charging for the transaction.

Eligible Lear Capital customers will be contacted by an independent third party handling the claims administration process, and Feuer’s office estimates that restitution will be paid in April. For information, visit lacityattorney.org.

Suspect arrested for burglary at Crustacean