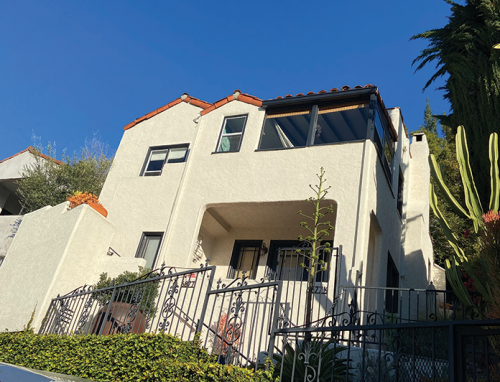 A fire at a home in the Hollywood Hills was likely caused by a rug placed too close to a floor heater. (photo by Edwin Folven)

The Los Angeles Fire Department extinguished a blaze on Jan. 1 in a residence at 6881 W. Yeager Place, in the hills just west of the Hollywood Bowl. Firefighters received a report of a fire in the three-story hillside home at 7:43 p.m. and found smoke emanating from the second floor. The fire was extinguished in approximately 15 minutes. The cause of the fire remains under investigation, but firefighters believe it was likely caused by a rug placed too close to a floor furnace. No injuries were reported and damage was not visible from the exterior of the residence.