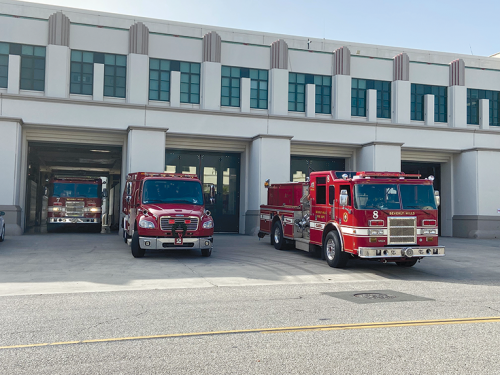 Beverly Hills residents have taken numerous approaches to increasing their sense of personal security as of late, but the city is hoping citizens will consider volunteering for community-led ventures to keep neighborhoods safe.

“This is about community security,” Councilman John Mirisch said. “It’s about preparedness. This is also one of the main functions and values of unity. So, I would look to try and get people more involved – not just from the security perspective, but also from the community perspective. This is a way for people to connect with each other, get to know their neighbors.”

Initiated by Vice Mayor Lili Bosse in 2020, JICBH is a grassroots campaign to organize residents in the event of a disaster, which could cause medical response delays of up to 72 hours for police and fire departments.

The program divides the city into nine zones, and each contains a meeting area, where residents can seek emergency medical supplies and other assistance, Barton said. He said Just In Case BH is working to find health care workers to assign to each zone.

“We’re also breaking into zones so we can train by zones,” Barton added. “Neighbors get to know neighbors, and [we can] even go into the granular level with blocks. Police, fire will come out and provide training, whether it’s stop-the-bleed training, disaster preparedness, how to use a fire extinguisher – that type of stuff – at the block level so the neighbors are really going to get to know each other.”

He said JICBH has been doing a lot of outreach since 2020 and has secured several community partners, such as the Beverly Hills Chamber of Commerce. It has also completed a draft of its customizable emergency manual, which was provided to the council. Barton said organizers are also working on an app.

“We’re always reaching out to the community to let them know what’s going on and how they can get involved in their communities,” he added.

JICBH has also developed first-aid and disaster kits, and it continues to revamp its website, the fire chief said.

JICBH proponent Vera Markowitz said the initiative has blossomed into “one of the most innovative emergency preparedness programs in the country.” She said it began as an effort to organize Community Emergency Response Teams, Neighborhood Watch groups and a communications component under one entity.

“Accurate information … will be shared in real-time, abating fears and eliminating rumors,” Markowitz said. “Reporting suspicious criminal activity to our police is vital to fighting crime. In this time of skyrocketing criminal activity, Just In Case BH preserves and extends communication with the police department.”

Barton also referenced Community Emergency Response Team programs as a way for residents to get involved. He cited an incident in which a woman, who had previously undergone a fire extinguisher safety course, put out a fire at her office in West Hollywood.

“[The Los Angeles] County Fire Department provides fire service to West Hollywood, but she did such a great job, they reached out to us to let us know that she probably saved that building by the training she received and what she did,” Barton said.

Stainbrook said Neighborhood Watch has been around nearly 50 years, and that Beverly Hills has had groups since at least the 1980s. According to a staff report, the Beverly Hills program had been without a community relations sergeant for two years until December. Stainbrook said he is now looking to revitalize the program.

“Essentially what we do is train members of the community on crime trends, how to communicate with each other and law enforcement,” he added. “We do a lot on crime prevention and reporting suspicious behaviors to law enforcement. … Really, the goals are to reduce crime and do that in partnership with the community.”

Stainbrook said a large part of the Neighborhood Watch is following up on serious crimes and incidents. For example, the community relations sergeant reached out to local synagogues after the hostage situation at a synagogue in Texas last week, he said.

“Because we don’t have enough personnel … to run it like a very formalized structure, we depend on the citizens to run the Neighborhood Watch groups in their own areas,” Stainbrook added.

Bosse thanked all of the organizers behind the programs and both chiefs for promoting them. She also praised the draft emergency manual developed by Just In Case BH.

“This is exactly what we need,” Bosse added.

For information on Neighborhood Watch, call (310)285-2916 or visit beverlyhills.org/neighorboodwatch.

Arrest made in Croft House murder