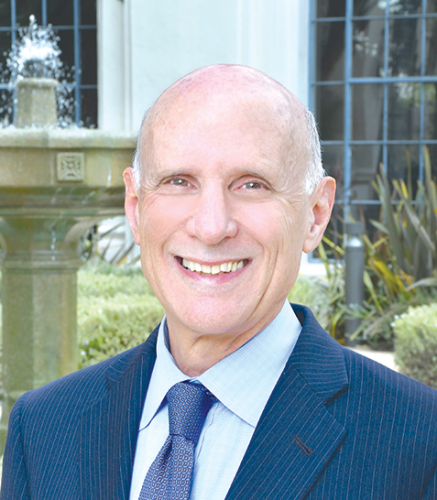 Beverly Hills Mayor Robert Wunderlich is running for re-election in the June 7 primary, and he hopes to continue the progress he made during his first term on the Beverly Hills City Council.

However, the nomination filing period for the primary does not begin until Feb. 14, so more candidates could enter the race.

Wunderlich said he wants to maintain the “sophisticated village feel” of Beverly Hills while positioning the city for the future. He also hopes to continue being transparent in his decision-making.

“We are beginning to embark on this campaign season, and so I’ve thought through my first term, and I’m proud that I’ve [remained transparent],” Wunderlich said. “On the City Council, you have to make a lot of decisions, and your decisions are public ones. And I know that people don’t always agree with me, but I really do think that I have tried to keep true to what I said [during my first campaign], which is to make my decisions based on the facts and to be able to explain to people why I made the decision that I did make.”

The mayor also aims to continue improving public safety in Beverly Hills while making the city more sustainable in multiple ways and protecting its residential neighborhoods. He said public safety must be one of the council’s top priorities.

When many cities were discussing defunding their police departments, Beverly Hills bolstered its police force, he said.

“We went in the opposite direction,” Wunderlich added. “I’ve looked at the numbers – our police budget has gone up some 40% [in] the time that I was on City Council, and we’ve increased the number of officers. We’ve supplemented the officers with private security. We’ve added a tremendous amount of technology. We have thousands of video cameras throughout the city now. We’ve passed several ordinances to be able to help our police do their jobs better. And so I am proud of what we’ve done to be able to promote safety in an era of rising crime across the nation.”

He stressed the city’s need to focus on economic, community and environmental sustainability.

“We need a vibrant commercial sector,” Wunderlich said. “We need that economic sustainability going into the future. It has to be a commercial sector that fits Beverly Hills … but we do need to be an attractive place for businesses, the right kinds of businesses, and for visitors, because that does provide the resources that we need to be able to provide the things that our residents want. And the world is a competitive place.”

Wunderlich said it is important for the city to have a “intergenerationally-diverse community,” which can be achieved by keeping Beverly Hills as an attractive location for potential renters and homeowners. Part of what makes Beverly Hills attractive is the quality of its schools, he said.

“We try to do things with the schools to help them succeed,” Wunderlich added. “It’s a direct offset to the cost of living here.”

As far as environmental sustainability, the mayor said the council must continue keeping climate change in mind while making decisions. He said the city has opened up to multiple modes of mobility and should continue to do so moving forward. Wunderlich has been a proponent of bike lane projects during his term.

Lastly, Wunderlich said he will continue prioritizing residents and their quality of life in his decision-making.

Wunderlich also wants the public to be involved in council actions.

A Beverly Hills resident since 1998, Wunderlich grew up in Queens, N.Y. He moved to California for work in 1981 and later met his wife, Andrea Spatz. His public service began in 2007 as Beverly Hills’ representative on the Board of the Metropolitan Water District of Southern California. Wunderlich was elected to the City Council in 2017.