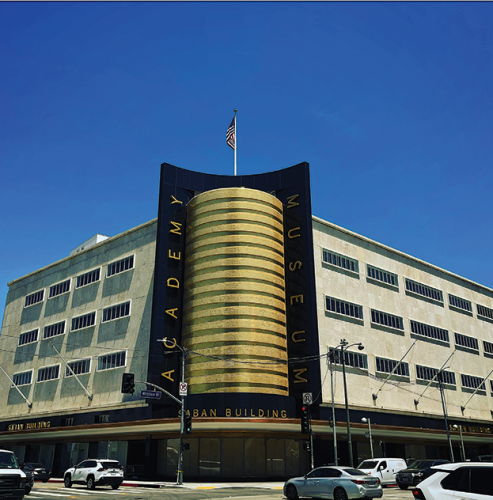 A new interview series by Nick Barili examines what it’s like to be Latinx in Hollywood. (photo by Andy Kitchen)

The Academy of Motion Picture Arts and Sciences has launched “Seen,” a new interview series that follows Argentinean-American journalist, director, writer and producer Nick Barili as he conducts one-on-one conversations with influential artists and filmmakers with Latin-American and Spanish roots. In the first season, Academy members John Leguizamo, Eva Longoria and Edward James Olmos share their personal journeys, exploring how their crafts and culture play a role in breaking down barriers in filmmaking.

The series kicks off in Leguizamo’s New York home, where the actor, writer, director and producer talks about his journey from troublemaker to trailblazer. He discusses maneuvering through the industry over his decades-long career, how he’s confronted stereotypical casting and the underrepresentation of Latinx communities in front of and behind the camera. The conversation covers tokenism, colorism and what’s left for him to accomplish.

In the series’ upcoming installments, Barili joins Olmos on the Jan. 31 episode for a visit with students in the Youth Cinema Project program at Los Angeles County’s Bell Gardens Intermediate School and meets with Longoria on the Feb. 7 episode for a tour of California State University, Northridge, from which she received a master’s degree in Chicano Studies in 2013.

A first-generation immigrant and advocate for more Latinx representation, Barili co-founded the Latinx in Media & Arts Coalition, which focuses on promoting Latinx creatives, increasing access to traditional and new media platforms, providing resources and opportunities to youth and cultivating the next generation of Latinx entertainment and creative professionals.

Barili is also the founder of Hard Knock TV, YouTube’s first hip-hop channel, which has garnered more than 100 million views and 285,000 subscribers.  Over the course of his career, Barili has interviewed over 300 artists, hosted a show on Apple Music’s Beats 1 and spoken on and moderated industry panels for YouTube, SXSW, Google, Hispanicize, Full Color Future and the Congressional Hispanic Caucus.

All episodes of “Seen” can be viewed on the Academy’s YouTube channel at youtube.com/oscars.