Spike Lee will sign books at the Academy Museum 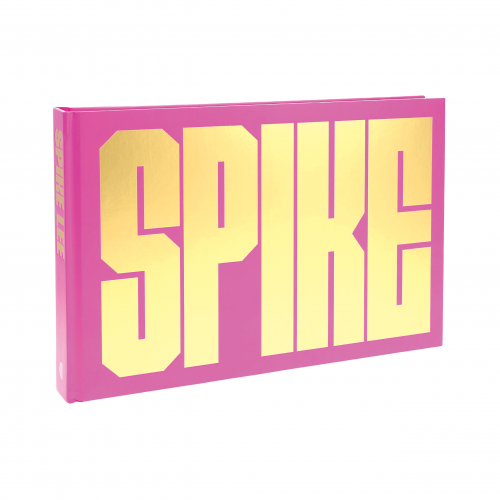 “SPIKE” is a visual celebration of Spike Lee’s life and career. (photo courtesy of the Academy Museum)

The Academy Museum of Motion Pictures in partnership with Chronicle Books will host Spike Lee as he signs copies of his new book “SPIKE,” which features rare photographs and director’s commentary on all his cinematic works, from 5-7 p.m. on Dec. 17.

Lee is a world-renowned, Academy Award-winning filmmaker. His career has included more than 35 films, such as his directorial debut “She’s Gotta Have It,” his seminal masterpiece “Do the Right Thing” and more recently, his Oscar-winning film “BlacKkKlansman.”

“SPIKE” is a monograph and a visual celebration of Lee’s life and career to date. The custom bold, typographic design is inspired by the LOVE/HATE brass rings that Radio Raheem wore in “Do the Right Thing” and that Spike Lee wore at the 2019 Academy Awards.

Also included are his commercials with Michael Jordan for Nike, which helped launch the billion-dollar Jordan brand product empire, as well as his music videos with Prince and Michael Jackson.

Before the book signing, guests can check out the “Director’s Inspiration: Spike Lee” gallery in the museum’s Stories of Cinema section and the Spike Lee pop-up in the Academy Museum Store.

The book signing will take place in the Academy Museum Store, located in the museum’s Sidney Poitier Grand Lobby, and is limited to one ticket per person. Tickets are $75 and include a copy of the book.