Police seek clues in assault and robbery in Hollywood 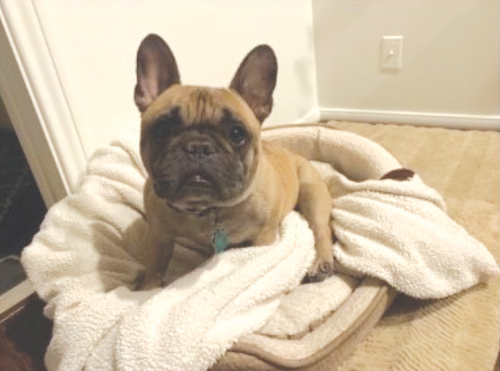 A French bulldog named Luca was stolen from its owner during a robbery on Dec. 28. (photo courtesy of the LAPD)

Detectives with the Los Angeles Police Department’s Hollywood Division are investigating a robbery on Dec. 28 in which a French bulldog was stolen.

The robbery occurred at approximately 7:30 a.m. as the victim was walking his dog named Luca near Shoreham and Weatherly drives. A male passenger got out of a parked black sedan, struck the victim in the back of the head and stole the dog, police said. The suspect returned to the vehicle, which was driven by a woman, and the two suspects fled.

The male suspect was described as Black, in his early 20s, approximately 5 feet 9 inches tall and 165 pounds. He was wearing black clothing and a red vest. The female driver was Black, but no further description was provided.

Anyone with information is asked to contact Hollywood Division robbery detectives at (213)972-2920. During weekends and off-hours, call the LAPD’s hotline at (877)LAPD247.