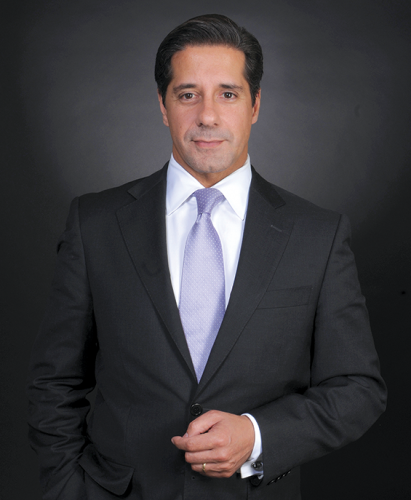 The Los Angeles Unified School District Board of Education on Dec. 14 welcomed Alberto M. Carvalho as the next superintendent of schools.

The board announced Carvalho’s selection on Dec. 9 and approved his contract on Dec. 14. Carvalho has served as the superintendent of Miami-Dade County Public Schools since 2008. The school district is the fourth largest in the country and has experienced sustained growth in student achievement under Carvalho’s leadership, LAUSD board members said.

Carvalho grew up in Portugal and was the first member of his family to graduate from high school. He emigrated to the United States shortly after graduation and supported himself by working as a day laborer and busboy. He began his career in education as a science teacher in Miami-Dade County, where he later served in multiple roles, including assistant principal and chief communications officer before being selected as superintendent of schools.

“It has been the privilege of my life to serve as superintendent of Miami-Dade County Public Schools,” Carvalho said. “For the last three decades, I have selflessly dedicated my professional career to the children of Miami’s diverse community, and I am hoping to bring that same passion, compassion and commitment to the students and families in L.A. Unified.”

“Alberto Carvalho brings the deep experience we need as an educator and leader of a large urban district to manage L.A. Unified’s ongoing response to and recovery from the COVID-19 pandemic,” LAUSD Board President Kelly Gonez said. “As the longtime Miami-Dade superintendent, he established a clear record of positive student outcomes and has relentlessly worked toward greater equity for historically underserved communities. I know he will continue that focus in Los Angeles, and he is ready for the challenges and opportunities ahead of us.”

“I join all of my colleagues in welcoming Alberto Carvalho to Los Angeles,” Board Vice President Nick Melvoin added. “With a long-tenured, proven track record in Miami and deep knowledge of teaching and learning, he is the right person to lead L.A. Unified students out of this pandemic into a better future. We have no doubt that he will continue to lead with empathy, bringing his personal history as an immigrant and English learner to bear, and work alongside parents, students, teachers and the broader community to realize a vision of success for all students.”

Carvalho’s leadership helped Miami-Dade County Public Schools become one of the nation’s highest-performing urban school districts. The district received accreditation from AdvancEd in 2014 and was named the 2014 College Board Advanced Placement Equity and Excellence District of the Year, as well as the 2012 winner of the Broad Prize for Urban Education.

“On behalf of the entire board, I want to sincerely thank interim Superintendent Megan K. Reilly for her leadership of our district during an extraordinarily challenging time,” Gonez said. “Superintendent Reilly has successfully overseen a return to full in-person learning, managed [during] the emergence of the Delta variant, implemented an employee vaccination requirement and overcame unprecedented challenges as we continue to respond to the pandemic and its effects.”