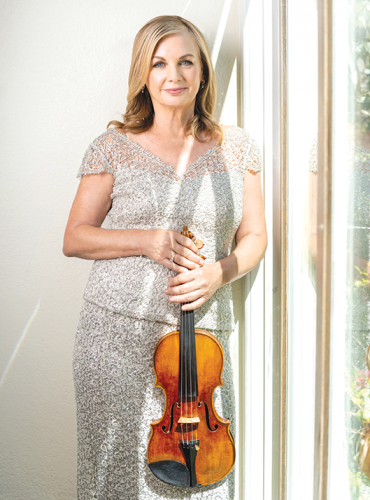 Los Angeles Chamber Orchestra’s Westside Chamber Series opens with “Strings for the Ages,” a genre-spanning program highlighting works from each classical music period from the Baroque era to the 20th century on Saturday, Jan. 8, at 8 p.m. at The Broad Stage in Santa Monica.

Led by director of chamber music and concertmaster Margaret Batjer, the program features five works, including Britten’s Simple Symphony Op.4, which premiered in 1934 and is based on material the composer wrote between the ages of 9 and 12; and Corelli’s joyful Concerto Grosso in D Major Op. 6, No. 4, composed circa 1712 and considered a key work in the baroque instrumental music canon.

LACO also performs Arvo Pärt’s Summa for String Orchestra, originally written in 1978 as an a cappella vocal work inspired by Medieval chant and Renaissance polyphony in a style the Estonian composer calls “tintinnabulation.” The program concludes with Geminiani’s Concerto Grosso in D Major Op.5, No 1 (after Corelli’s Sonata Op.5, No.1), a work inspired by Corelli, Geminiani’s teacher; and Grieg’s beloved Holberg Suite for String Orchestra, a five-movement French baroque dance suite composed for piano in 1884 and re-orchestrated for string orchestra in 1885 that blends traditional baroque structure with the lush romantic sound of the era.

Batjer has served as concertmaster of Los Angeles Chamber Orchestra since 1998, and has been featured on numerous world premieres and CDs, including a Deutsche Grammophon recording of Bach’s Concerto for Two Violins with violinist Hilary Hahn.