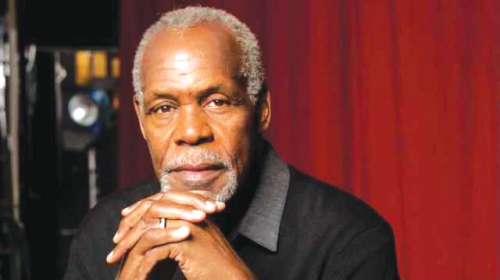 The 30th annual festival, which celebrates Black stories and images through film, visual art and other creative expression, will be held in-person and online Feb. 8-21.

Glover is a co-founder of the PAFF along with the late actress Ja’Net Dubois and Pan African affairs expert Ayuko Babu. In January, Glover is scheduled to receive the 2022 Jean Hersholt Humanitarian Award from the Academy of Motion Picture Arts and Sciences for his contributions to filmmaking and the world.

“The role of the PAFF celebrity ambassador is to broaden public awareness of the festival as well as its mission,” Babu, who also serves as executive director, said. “Since 1992, Danny has made the Pan African Film Festival and supporting Black filmmakers a priority, and so it naturally made sense for him to be the festival’s celebrity ambassador as we celebrate 30 years of Black storytelling through film and art.”

The PAFF is a twelve-day event that exists to evolve the emerging Black storyteller. Each year, the PAFF showcases the broad spectrum of creative works and films by visionaries who highlight the diverse stories of Black America, Africa and the global Black diaspora.

The event will feature 150 new Black films from the U.S., Africa, the Caribbean, South America, Europe, the South Pacific, Canada and Asia. In addition, the PAFF will present more than 100 fine artists and unique craftspeople from more than 40 countries and six continents in a showcase of Pan African cultures.