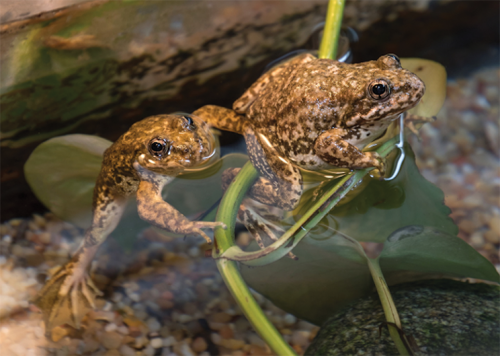 The plan, released in July 2021, is a comprehensive five-year effort that operationalizes the zoo’s pledge to protect animals, plants and habitats through actions that also advance social and environmental justice.

“The $1 million anonymous donation helps GLAZA get 90% of the way to achieving our $3 million fundraising goal for the Conservation Strategic Plan,” GLAZA president Tom Jacobson said. “Our success in raising funds to implement this bold plan highlights donor excitement and the belief that the zoo can and must exert a proactive impact on conservation in Los Angeles, the region and the world for the next five years.”

California’s native wildlife is uniquely at risk, according to GLAZA. With 1,100 miles of coastline threatened by sea-level rise, rising temperatures and increased frequency and severity of droughts, California faces daunting challenges.

The Conservation Strategic Plan starts with a focus in Griffith Park and extends around the world. It highlights the zoo’s integral role in saving animals from extinction, notably three endangered California species – California condor, peninsula pronghorn (also known as berrendo) and southern mountain yellow-legged frog. It also highlights the important role that the zoo, which welcomes 1.8 million visitors annually, plays in connecting people to nature.

“This incredible donation and GLAZA’s fundraising efforts is vital to the zoo’s efforts to achieve the goals and objectives set forth in the Conservation Strategic Plan,” added Los Angeles Zoo Director and CEO Denise M. Verret. “It’s the zoo’s vision to create a world where people and wildlife thrive together, and this plan not only solidifies that vision but provides a pathway for us to get there.”